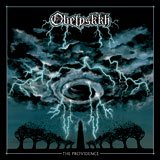 Once known as the Phantoms of the German Doom scene for their perceived phobia of the studio, Teutonic heavy groove monsters Obelyskkh went through a burst of productivity that saw them release Mount Nysa in 2011, White Lightnin’ in 2012 and their creative peak, the seminal Hymns To Pan in 2013. These releases channelled a colossal sized groove, wrought from huge towering riffs that drag the imagery of their songs like a rough beast slouching towards Bethlehem.

Over the course of these albums the musical theme moved more from crushing, unrelenting Doom towards more psychedelic leanings that added moments of other worldly space and time that mesmerised, rather than assaulted, the senses, leaving them a less powerful, but no less impressive form.

However, the birth of their fourth album, The Providence, has proven to have been birthed from a troubled genesis that’s derailed the momentum they had. Long-time bass player Dirty Dave has been replaced by new four-string plucker Seb Duster. The title of the album has drawn influence from the iconic H.P Lovecraft poem Providence, about his ancestral home town. In addition to this, they have drawn on the writing of French revolutionist Victor Hugo with the line “Above all, you can believe in Providence in either of two ways, either as thirst believes in the orange, or as the ass believes in the whip.” as inspiration for the band in these troubled times.

Like the central theme in the poem, Obelyskkh have for some part shrugged off some of the heavy psychedelic passages of the previous release and returned to the fuzz laden, huge ringing chords and snaking melodies of their initial releases. This has resulted in the dark, mournful themes of Lovecraft’s writing intoned in guttural, primal forms over bold funeral marches that could level a high-rise building.

The title track itself complements this with epic wails, shrieks and a creeping middle passage that breaks up the relentless wall of sound. The tension builds and builds before breaking out into an epic instrumental bookended by grave spoken word.

Raving Ones starts with a similar formula before breaking into a canter that takes flight like classic Black Sabbath with laser sharp soloing and guitar work riding high, seeing the song up for the huge changed chorus that is a return to their raw, powerful best.

Northern Lights opens up with a churning riff, that after punishing the listener, gives way to delicately picked melody flavoured by more samples. The vocals switch between cavernous bellows and throat scraping grime. It’s here that the band excel, channelling the mountainous grooves into muscular pieces of music that often belie the expanded running times.

It’s not all relentless brutality though and NYX sees upbeat tempos and duelling solos between guitarists West and Woitek giving way to heavy atmospheric sludge where elements of the previous albums psychic experimentation, creep back in and shift gears too far out, space rock style dalliances.

This seeps into Aeons Of Iconoclasm which remains muted and infused with a stately beauty for the first three minutes of quiet restraint before exploding into a bludgeoning instrumental, that’s as heavy as a sack full of elephants tied to a brick, before the hypnotic Marzanna caps off a triumphant come back.

In addition to the quality of the music, The Providence was recorded and mixed by Andy Naucke and mastered by Brad Boatright (Sleep, Tragedy, High On Fire, From Ashes Rise, Integrity) so the whole thing sounds immense blasting out of the speakers.

It may have taken four years this time to produce their latest album but there is no dip in quality from a band compiling an impressive body of work. It may never reinvent the wheel, but if you are looking for high quality doom then seek no further. Line-up changes and life may have slowed down their output, but it’s allowed Obelyskkh to regroup, re-evaluate to come back with a renewed purpose and a more intense purpose that surges with their usual brand of raw power, but also armed with a heightened sense of groove.

Note: Between the writing and publishing of this review, guitarist and original member, Stuart West has confirmed his departure from the band via social media. Stuart has offered to expand on the status of the band and his own projects shortly so what this means for Obelyskkh only time will tell. 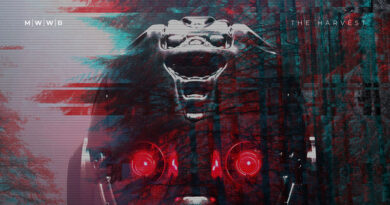 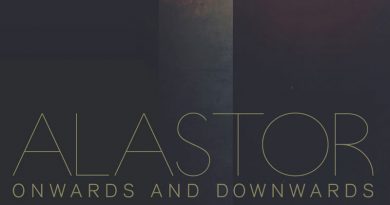