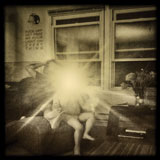 That’s how ‘Fuck Off Get Free We Pour Light On Everything‘ starts – with those words spoken by Ezra Steamtrain Moss Menuck, the four year old son of Thee Silver Mt. Zion members Jessica Moss and Efrim Menuck. It’s a pretty heart-warming token of innocence and simplicity; one that kind of belies the much more fleeting glimpses of hope and cheer in the bands lyrical content and themes, and one that stands in pretty stark contrast alongside song titles like ‘Take Away These Early Grave Blues’ and ‘What We Loved Was Not Enough’. Track titles like that don’t give the impression that Thee Silver Mt. Zion’s broad concerns about authority, totalitarianism, and the state of the world have been lessened by the experience of parenthood. Those concerns are just as present as they ever were, but they’ve been focussed in a way by the thought of what kind of world will be left for their kids. And that feeling of renewed and altered despair is hard to deny when you get to the point in the album where they sing “all our children gonna die”.

Musically ‘Fuck Off Get Free…‘ feels like an album that’s come naturally off the back of Thee Silver Mt. Zion’s last full length ‘Kollaps Tradixionales‘, and even though there’re almost four years separating the two, the progression is noticeably natural enough that you don’t get a sense of the band having ditched things and picked up somewhere completely different. Apart from Efrim Menuck’s now instantly recognisable voice, the cornerstones of an imperfect post-rock punk-folk mini orchestra are still there, but ultimately ‘Fuck Off Get Free…‘ sounds much more like a rock record than anything the band have done before.

Opening track ‘Fuck Off Get Free (For The Island Of Montreal)’ kicks in with no fanfare after little Ezra’s sound bite, with expansively simple throbbing and fuzzed-out lead guitar that’s hypnotic and psychedelic in the same way that early Wooden Shjips is. The song gradually notches up the feeling from spaced-out to ecstatic with beautiful built-up layers of violin swimming from left to right until the whole thing crashes into a riff that could almost have come from Torche’s first records. The first track demonstrates what almost every song on the album achieves, and that is a bunch of progressions and ideas so cleverly and subtly connected that you could be listening to the best improv band you’ve never heard.

Where on previous albums the desperation and sorrow tended to be kept quite neatly apart from the explosions of hope and joy, those opposing feelings and sounds are mingled on this record – with those moods intertwining and butting up against each other much more. You get extended frenetic rackets of conflicting emotions swirling together to make this kind of frustrated and exciting suspense, as well as periods of more straightforward elation suddenly dropping down into heavy worried dirges.

Blown-out electric guitar, pounding drums, and big sing-a-long moments all feature prominently on ‘Fuck Off Get Free…‘ but there are also elegant bits of quiet, like the hushed interlude of ‘Little Ones Run’ which sounds like a despondent lullaby with its frail piano and staggered vocal harmonies. The introduction to the epic ‘What We Loved Was Not Enough’ explores a particular kind of weary beauty – like the soundtrack to a battered limping hero coming home – before exploding into the ultimate closer that it is; because really the track that follows – ‘Rains Thru The Roof At The Grande Ballroom (For Capital Steez)’ – is more of an ambient “roll credits” number, complete with recorded spoken word, hinting back at the more cinematic and atmospheric quality of the band’s earliest releases and Efrim’s other band Godspeed You! Black Emperor.

‘Fuck Off Get Free We Pour Light On Everything‘ sounds like the most ambitious Thee Silver Mt. Zion album to date; not just in terms of the themes and lyrics exploring the attempt to reconcile the renewed exasperation of a world going to shit with the joys and hopes of new parenthood, but in a purely musical sense too. There’s noise rock, post rock, Eastern European and American folk, psychedelic, punk rock, stoner, and even bits of doom on this release, but they’re all blended together to make a great rock album with real breadth. Without reinventing themselves, Thee Silver Mt. Zion have made a record that sounds both fresh and familiar, and one that feels like an honest documentation of how the world sits with them right now. 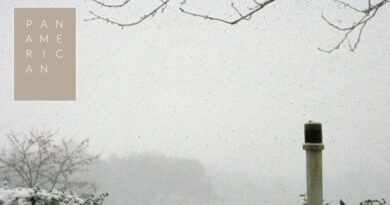