London’s Green Lung made quite the impact, initially with their debut EP Free The Witch, but went global with their 2019 self-released Wooodland Rites. That record appeared on many year-end best-of lists, and really propelled Green Lung to the forefront of the UK Doom scene, while having praise heaped on them globally. The combination of Sabbath-esque riffage, with a nod to other proto-metal bands of the early 70’s, and vocalist Tom Templar’s unique vocal stylings, alongside the bands British-folk-occult aesthetic, struck the right chord with many stoner/doom fans, so to say anticipation was high for a new record, would be an understatement.

Black Harvest takes everything that worked well on Woodland Rites and kicks it up a notch. Everything is grander, bigger, more epic. The album sounds huge thanks to producer Wayne Adams excellent knob-twiddling and organist John Wright being in the forefront of the mix, giving it a Deep Purple like vibe. Like the late, great Jon Lord’s keyboards did for Ritchie Blackmore, Wright‘s keyboard flourishes compliment the riffs of guitarist Scott Black.

The Harrowing opens the record, and instantly takes me to some haunted English forest, Templar’s voice sounding like some woodland seer, the vibe doesn’t last long as Black’s grand riff opens Old Gods Final, the band exploding out of the speakers, instantly putting the listener on notice that this isn’t just going to be a rehash of Woodland Rites. The background vocals make everything sound massive. Random thought while absorbing this record, Templar’s voice does remind me a bit of Clutch’s frequent tour mates Lionize vocalist Nathan Bergman.

First single Leaders Of The Blind follows the template of Old Gods Final, opening with a huge riff, as Wright‘s keyboard licks accentuate the band. Templar lets loose on the current state of world affairs, taking a look at the shit-show that has been the last few years on planet earth. Wasting zero-time, Green Lung decide to storm the castle, going with a trio of rippers to open Black Harvest, with the third and my favorite of the trio, Reapers Scythe, a rollicking, riff-y, bash-fest. Again, Wright’s keyboards are all over the song, but for the most part, his flourishes are complimentary, not distracting. Templar has a commanding presence, and that aids in making the song as catchy and fun as it is.

Green Lung do take a breath and shift gears on Graveyard Sun, opening with some nice acoustic guitar from Black, as Templar croons alongside him. I don’t want to call this song a doomy power-ballad with its soaring chorus, but it kind of feels like a doomy power-ballad. I mean that endearingly. The title track Black Harvest opens as another English folk incantation, before the band take off into a full-on, 70s instrumental jam.

Black Harvest takes everything that worked well on Woodland Rites and kicks it up a notch. Everything is grander, bigger, more epic…

Scott Black’s riffs and overall stellar playing are on full display on You Bear The Mark, as are Templar’s soaring vocals. Doomsayer pretty much says it all, as the heaviest track on the album. Drummer Matt Wiseman’s performance is great, really laying behind the beat while simultaneously bashing the shit out of his cymbals. His performance throughout the record is notable, as is bassist Joseph Ghast. A lesser rhythm section could easily be overshadowed by the performances of Templar, Black, and Wright, but Ghast and Wiseman more than hold their own throughout.

Not surprisingly, closer Born To A Dying World is the most epic track on the album. All five band members really getting a chance to shine, and the song weaves from mellower fare to a total cacophony of all-things 70s boogie-doom, all while Wright’s omnipresent keyboard adds layers and depth to the band’s efforts.

Black Harvest is massive. Grand. Huge. Any, and all, adjectives along those lines are pertinent, as all five members really took their sound to a new level. Wayne Adam’s excellent production, and Wright’s keyboards obviously altered the band’s sound, the latter, giving it an ever-so-slight air of funk, or boogie rock, but most definitely rooted in the 70s. The Deep Purple comparisons are obvious, I suppose that’s to be expected with a riff-heavy English rock band that prominently features an organist/keyboardist, but Green Lung aren’t simply copying what Deep Purple did, this is all their own sound. Templar’s voice and Black’s riffs cement that.

Black Harvest is a deep record, unveiling new nuances with each listen. While it does knock your socks off initially with the opening trio, there’s so much depth in the middle and the end of the album, it bares repeated listens. Additionally, Green Lung must be applauded for altering their sound as they did, and not simply repeating what had made them blow up so much in the first place. Although very different, Black Harvest has a chance to show up on many of this year’s best-of lists like Woodland Rites before it. Killer album art from Richard Wells completes the package. 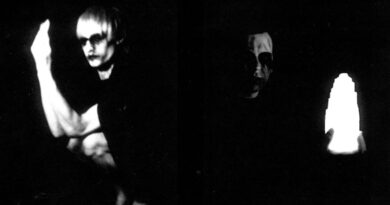 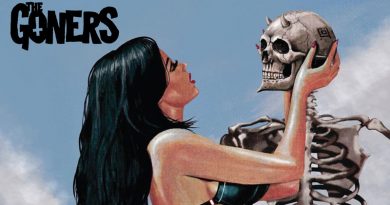