It’s not the first time in Boris’ long and impressive history that fans have been treated to a bumper serving of oddball Japanese doom / punk / whatever they happen to feel like that month (the release of Heavy Rocks, New Album and Attention Please was almost comically convoluted) and sure, there may be some reissues in there that the diehards will already have sold some unnecessary organs and appendages for, but for the vast majority of followers, events like these are heavy metal Christmas.

NO is certainly the most high-profile of these releases, having been teased for weeks with the surfacing of new logos, press shots with more than a hint of Gish-era Pumpkins to them and the release of Loveless, a chugging juggernaut of a track that recaptures the fury and sheer fuck-you energy of Pink and Akuma No Uta.

Maybe the biggest surprise about this record, though, is that the anger isn’t contained to this one song. Somehow, NO reaches a pissed-plateau early and never quite bothers to come back down, balling all the disgust and frustration that 2020 has given us so far and spitting it back in everyone’s face.

It’s equal part Stooges, EyeHateGod and Doomriders, a noisy rock’n’roll deathride that repeatedly punches you in the kidneys until you have no choice but to pump your fist with every d-beat. It does sacrifice some of Boris’ versatility in taking this approach to the extent that even a little respite would be sweet mercy, but the level of chaos that Takeshi and Wata dredge up is invigorating, and Atsuo’s drumming is simply ferocious throughout.

Short cuts like Temple Of Hatred and Kikinoue feel like glorious throwbacks to Boris’ earliest recordings, burying the melodies under layers of spite and anarchy, and there’s a lo-fi approach to Zerkalo’s lurching sludge that really sells the agony, its riffs crawling and seeping over the body like a tar pit. While there’s definitely an intelligence to how this album has been put together, on the whole it feels a lot less restrained than Boris’ output as of late. The removal of any kind of filter has resulted in the rekindling of a defiant musical blaze, and if these songs don’t get a physical release sometime in the future, or at least some welcome live play, it’ll be yet another 2020 tragedy.

Pressed in a limited run back in 2018, Phenomenons Drive is the oldest of the material to be released this month and though it might not rank alongside their full-lengths for classic status, it nonetheless excels as a short-form (by Boris’ standards) work. The title track is a 15-minute leviathan of distortion and feedback, Wata doing the heavy lifting on a drumless journey that’s more an invigorating sound bath, than a listening experience. It sounds simply massive, Wata and Takeshi’s sounds coiling around each other and bristling with the eerie beauty of an approaching dust storm.

It’s followed by Sanpo, a cover of 80s psych outfit Katsurei that brings the crackling dissonance of their early Merzbow collabs back, but pairs it with the unsettling elegance of the original, elongating it immeasurably and puncturing its solemn air with pops of sonic violence before a signature Wata solo sends it spiralling into the stratosphere.

Sensitizer is almost a comedown from the lengthy efforts that preceded it, a simple riff that rises and falls like breath to the accompaniment of Atsuo’s cymbal clatters and deep, resounding battery, but it shares a spirit with the rest of this record, in that it creates beauty out of dissonance. Wata’s overdrive-heavy playing is curiously soothing and though it may feel insubstantial in comparison, it exudes a gentle warmth that remains after the needle has left the track.

Finally, there’s this year’s collaboration with underground psych stalwarts Z.O.A. which might not have come as a huge surprise to some, given that Boris released their comeback album Six Tracks last year, but for scale, content and depth, it’s hard to come away from Refrain feeling anything but awe.

A single, thirty three minute composition that draws upon both bands’ collective experience and song writing power, it’s both dazzlingly complex and mercifully to-the-point, with each collective not only uniquely complementing the other but also taking the time to simply dominate their respective spaces.

Z.O.A. definitely take possession for the first five minutes, their mix of mellow psych, blues and optimistic charm at once both timeless and vibrant – Seiichirou Morikawa’s breathy voice radiates smoothness and charm with every syllable, while Shinji Kuroki’s jazzy solo break is an early highlight – but when Boris come crashing in, surfing a wave of shoegaze and feedback, the balance is shifted.

Now, the soaring vocals are peppered with martial snare rolls and dissonant, melodic stabs; walls of sound begin to tower over the calm; and though both Wata and Kuroki have distinctive styles, the two begin to fluidly interact with each other, resulting in twin-guitar duels that are immediately worthy of ‘classic’ status. A single, sustained tone splits the song in half and when it resumes, it’s all Boris; droning, pitch-black and dense enough to generate its own gravity. Even an incongruous few minutes of calm can’t quite break up the aura of overwhelming might they display until the record’s close.

This might be just another burst of activity for Tokyo’s finest, but for quality and scale, all three releases are worthy of time, attention and repeated play at loud volumes. 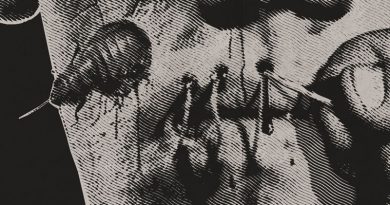