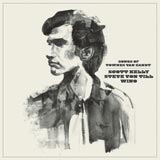 If you were going to ask for an album of Townes Van Zandt covers, you couldn’t ask for a trio of more gravel-voiced, road-weary troubadours to fill in for the late, great outlaw singer than Scott Kelly, Steve Von Till (both of Neurosis) and Wino, could you? For those unfamiliar with the man, Townes Van Zandt was a Texan country singer whose songs have been championed by everyone from Bob Dylan to Mudhoney to Mark Lanegan but whose own renown was hindered in his lifetime by his battles with drink and drug addiction. His songs were made famous by various country singers (Willie Nelson, Emmylou Harris, Merle Haggard) but very few covers were able to match the raw power of the originals. Until now.

Drawing primarily from the singer’s late-sixties and seventies work, the songs here also span Van Zandt’s entire career right up until his final studio album No Deeper Blue. Some of his most notable songs are absent here (“Waitin’ Around to Die” and “Pancho and Lefty” may be untouchable) but with such a wealthy songbook to choose from, every track is a gem, particularly in the hands of these three men who each contribute three tracks of primarily straight acoustic covers.

Steve Von Till takes the most layered approach of the trio, adding a warm electric guitar to opening track (and Van Zandt classic) “If I Needed You” while giving “The Snake Song” an ambient overhaul, the guitars more of an afterthought. That being said, Von Till’s take on “Black Crow Blues” is a beautifully honest rendition, his deep voice lending an added sense of weariness to the lament. Indeed, Von Till’s voice, the deepest of the three men, seems to add the most gravity to Van Zandt’s words and the contrast is particularly interesting on “If I Needed You” which is one of the more vulnerable songs on the album.

Wino’s contributions, “Rake”, “Nothing” and “A Song For”, take fewer liberties with the originals but are no less enjoyable for it. In fact it’s Wino’s slightly higher voice that shares the most with Van Zandt’s own and as a result his covers come across more like ‘alternate’ versions. He neither borrows Van Zandt’s delivery and inflection completely nor does he stray too far from it – it’s a reverent performance from the Saint Vitus man that will probably please the hardcore Van Zandt fans the most.

Finally, Scott Kelly seems to flit between the approach of Wino and fellow Neurosis man Von Till; “St. John, the Gambler” has very few embellishments apart from a distant, bellowing guitar but on “Lungs” Kelly introduces a dramatic distorted guitar, a gritty texture which lends a certain credence to the opening couplet “Won’t you lend your lungs to me?/Mine are collapsing.” But Kelly’s rendition of the tragic “Tecumseh Valley” is a straight-forward and beautiful one – he has rarely sounded so emotive as he does here on one of Van Zandt’s most beloved songs, a prime example of the man’s brand of plain-speak poetry.

The most immediately striking thing about this album is the respect that Kelly, Von Till and Wino treat Van Zandt’s songs with; their renditions vary between being pretty straight-up covers, the likes of which you might have heard Van Zandt himself playing live, and slight variations that add textures which aid the mood of the songs. The distortion on Kelly’s version of “Lungs” adds a layer of dirt that compliments the sentiment in the lyrics, and Von Till gives “The Snake Song” a shifty ambient treatment that benefits the feel of the song. But the true stars here are the songs themselves which are not only as poetic and poignant as ever but which also sound amazingly contemporary, especially in the hands of musical innovators like these three men. The song selection has ensured that there is something here for fans of all of Van Zandt’s work but it will also serve as an excellent introduction to those less familiar with his catalogue. A covers album is a strangely appropriate tribute to an artist whose songs always seemed to gain a wider audience when sung by other musicians. Hopefully this album will open the ears of a new generation to a talent that has been cruelly underrated and whose influence has probably already found its way onto their mp3 players. 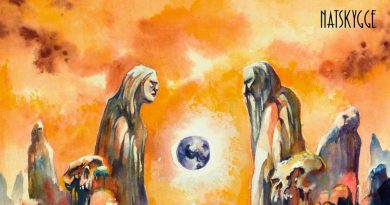