23 And Beyond The Infinite are from Benevento in Southern Italy and formed in 2012. The current line-up consists of Cosimo Boscaino (lead vocals, guitar & synth), Alessio Del Donno (bass, guitar & vocals), Vincenzo Concia (backing vocals, guitar & synth) and Gianluca Timoteo (drums & percussion). Elevation To The Misery is the band’s latest album and was co-released on four labels – All Will Be Well, Aumega Project, Dirty Beach and Tongue Records.

The Artwork by Alessio Del Donno has a Psychedelic flavour to it, although the cover is oddly reminiscent of 90s Funk metallers Scatterbrain and their album Scamboogery, perhaps indicating the sense of fun that awaits us.

This promise of jollity was soon shattered however by opener Brave New World, the title taken from Aldous Huxley’s grimly dystopian 1932 novel. The track started with buzzing electronica that recalled early Killing Joke, before a dissension into some great synth-punk ala overlooked San Francisco legends The Screamers. There were elements of early Chrome too, with some of the more out there, spacey alien vibes. Playhouse featured some pretty cool Man or Astro-Man style surf with a funk feel that reminded me of Suicidal Tendencies around the time of Free Your Soul And Save My Mind, the vocal style particularly reminiscent of Mike Muir.

It Is What It Is reminded one of Sonic Youth with some of the discordance of that band, Bad Moon Rising in particular. The track came straight back to earth with some Dick Dale surf, an amazing track. I felt like I was on a rollercoaster throughout, just when I thought the band were going in one direction they surprised me with a sudden change in tack, and achieved it without at any point jarring or sounding pretentious. I was captivated, so much so I had to go back and listen to it several times.

We reached the halfway mark with the longest track on the album, the five and a half minute Magnetic Glance. This number started off with some delicately strummed guitar, while the drums slowly built up, the best way I can describe it is pure psych rock with some Black Angels and Spacemen 3 flourishes. A welcome change of pace.

Pendejo, Spanish for a contemptible or stupid person, was next and in fact started off in Spanish in a cheerleading acapella fashion before the music kicked in properly. The vocals here reminded me of hardcore punk legend Jack Grisham of TSOL and the music had that early death rock feel to it, if it was fed through Spainards Guadalupe Plata’s blues filter.

That Pig Was Right came with a rockabilly feel ala The Cramps combined with Kim Gordon style vocals. It sounded like it would have fit in well on any number of 90s indie movie soundtracks, especially those directed by Jim Jarmusch or Richard Linklater, which made me feel warmly nostalgic. A Mild Lie had a latter period Public Image Limted post-punk tint while closing track Las Vegas was five minutes of Droning psychedelia but played with a real fire and passion, making it a fine way to end the album.

I found the sheer range of styles on Elevation To The Misery staggering and what I was most impressed by was how tight and focused the band sounded. They experimented with a wide selection of genres without ever veering into self indulgence and tedium. Even the longer tracks on here felt punchy and succinct and at only 8 tracks and thirty four minutes long, I can think of infinitely worse ways to spend just over half an hour of your time. 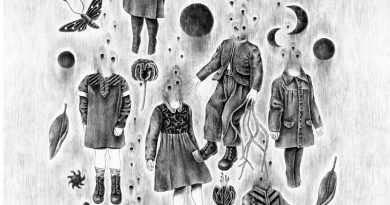