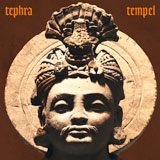 When you think back over the history of heavy rock music, it is incredible how much it has diversified since Sabbath, Blue Cheer or even Led Zeppelin reworked the blues to suit their own agenda; thrash, death, black, doom, sludge through to the latest djent genre (yes that is a genre!), it’s amazing how technical it has become as well. The idea that rock is played by knuckle dragging Neanderthals is blown out of the water when you consider the advances to the music style that have been made by bands like Tool, Mastodon, Neurosis and The Dillenger Escape Plan to name just a few.

Originating from Germany, Tephra (named after fragmental material produced by a volcanic eruption) follow along the same progressive sludge infused sound that has fuelled some of the genres leading lights.

On their latest album they have opted to embrace their doom leaden influences and mix them with a healthy dose of progressive song writing. As such this is a complex and diverse album that is by far their most challenging to date.

Comprising of 8 full length tracks this album clocks in at just under 50 minutes and seems to twist and turn at every step of the way. ‘Ghost’ opens the album with a progressive, Tool esque, eastern flavoured melodic guitar that echoes unsettlingly and hypnotically before burgeoning into a full throated bellow of heavy sludge balanced by guitarist/singer Ercüment’s vocals.

‘Chains…’ follows this up with urgent riffing and clattering drum tattoos, a mass of bug eyed paranoia and excellent lead work driving the song onwards. There is more than a dash of Neurosis in the heart beat of the band and the more folky influences that the Oakland crew have adopted can be seen on display here as the catchier and more straight forward ‘How The West Was Lost’ falls out of it’s apocalyptic, galloping first half into a spacey, almost jazz like section, before building back into a frenzy.

There is a good grasp of the dynamics required to write this kind of music, all the passages of music are well executed and Tephra manage to create that heady rush that infuses the album with an oppressive atmosphere.

Unfortunately for Tephra ‘Tempel’ is not a perfect album. For all it’s sophistication and energy it still feels a little too long. Two of the tracks are instrumentals and whilst ‘Agra’ starts off well with it’s pulsing workout, the lasting feeling is a little lacklustre and ‘Deadman’s Path’, the penultimate track, also suffers from this disease and as a result the title track never quite recovers from this dip in momentum and the album closes with a whimper rather than a roar.

You have to credit the band for opening themselves up as much as they have; this is an album that holds itself up to the likes of Neurosis and Somewhere Along The Highway era Cult Of Luna, which is a bold thing to do given that those two bands have pretty much sewn up what they do and whilst Tephra deliver a progressive, intelligent and at times moving cacophony of music, you feel that unless you are a genre completist Tempel doesn’t quite deliver enough to make it special. 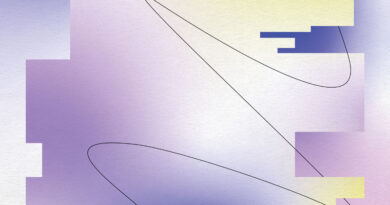