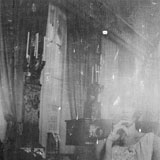 I’m a great admirer of Belong’s first record, 2006’s beautifully woozy, out-of-focus ‘October Language’, so, having missed out on the two limited 12″s they released in the meantime, I was very keen indeed to hear some new sounds from Messrs. Turk Dietrich and Michael Jones, the men behind the music, so to speak.

Finding a home at Kranky, a label renowned for it’s roster of minimalist and experimental sound explorers – bands such as Labradford, Lichens, Low and Stars Of The Lid – seemed to be a very natural and not unexpected event for Belong, who have previously been compared to My Bloody Valentine and The Jesus And Mary Chain. It has been a while since they put out anything significant, and in that time the duo’s dynamic and sound has changed slightly.

Billowing gusts of blissed-out electromagnetic guitar scree still swirl through and generally inform their sound, but on ‘Common Era’, there is more of a rhythmic pulse than before, courtesy of an oft-deployed drum machine, and also a vocal presence, two things that were previously absent from their sound. I say ‘absent’ and not ‘missing’ as, personally, I never felt like they were ‘missing’ before – I liked Belong just as they were, but now they have them, I like them just as they are NOW too!

The drum machine and mostly-submerged vocal still plants Belong firmly in The Jesus And Mary Chain camp, but the minimalist nature of the drum programming also puts me in mind of Suicide and Big Stick, which is certainly NO bad thing at all. No doubt the word ‘hypnagogic’ will be bandied around elsewhere, in regard to the definite eighties feel to Belong’s sound palette and their general feeling of kaleidoscopic wooziness, but you won’t be reading that from ME, nuh-uh.

Over the course of Common Era’s nine songs, the bands that most immediately spring to mind, with regard to the general sound on display here, are Echo And The Bunnymen – albeit a heavily sedated and half-submerged version of ’em – early Cure – for their ringing guitar and general air of melancholy – occasional flashes of Belong’s contemporaries HEALTH – particularly on the track ‘Different Heart ‘ – but mostly, rather oddly, New Order.

In an era in which virtually every indie band, and more than a few Black Metal bands too, owe a heavy debt to the sound of Joy Division, it seems a refreshing change to hear someone referencing the band that they became. Admittedly, though, they refer only tangentially to New Order in their sound, being that they sound like New Order performing inside a waterspout composed of liquid guitars. The synths and melancholy undertow are New Order, but the overall effect is as though otherworldly beings were playing their songs from some distant universe, and we were hearing them via SETI.

Ethereal, woozy, fuzzy and generally still out-of-focus, Belong have opened up another side of themselves with ‘Common Era’, a potentially more ‘listenable’ one that hopefully will go some way toward gaining them the attention that they definitely deserve, but without actually making anything like a compromise. Belong have arrived where they are in a natural, organic, way…it just so happens that there are people there already, waiting to hear their sound, and generally receptive to their alien transmissions. 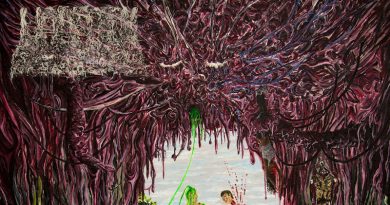 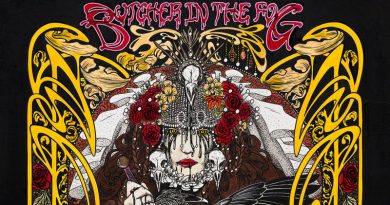