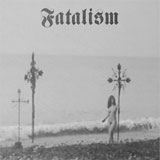 I, I, I, am not crazy and that’s NOT how it goes, and I, I, I, am not nervous. I, I, I, am just trying to figure out why three of the four extended song titles on Fatalism’s debut ‘Mystery Of Death’ begin with the letter ‘I’. I, I, I still don’t know, but…

‘Isabelle’, the initial song, introduces us to Fatalism by rhythmically driving a cycling progressive ghost of sound into the light. A voice from afar, chants things, strange things; the words floating and rocking as a vessel atop a pool of disturbed water. A taste of how this album works, ‘Isabelle’ exposes this slow pulse of sonic waves by rushing over a steady, but slow minimalistic beat. After a time, all the instruments join the built momentum. There’s no blow over the head, no call to arms, just a suggestion to listen, to stay awake and experience this disturbance or, just as easily, go to sleep dismissively. Immediately, I am reminded of Monster Magnet’s ‘Tab 25’ via Hawkwind’s entire catalog: spaced-out sonic assaults and suggestive psychiatric manipulations of the listener by a distant voice. Of course, not being on acid, I couldn’t make out the predominate unintelligible words. The one speaking however relentlessly repeats himself, driving home some message, I’m sure. Fuck, I hope there’s some cohesive meaning. What it is, however, I can’t say. I did make out the word “metal” being said over and over, informing me that at least I knew I was in the right place, and not down some mainstream nightmare boulevard. Before the song relents, I could swear I heard the voice say “satan”. About none of this I can be sure, though (you know satan)…and then, just as it began in its confusing way, the song ends. Huh?….

Herein begins ‘Isolde’, the second entry. A slightly different approach, ‘Isolde’ does retain the same basic skeleton of a song structure as the first. The only signal discerning this one from the previous was a pause in the noise. When it started back up, all that was new was the time signature, a few guitar hooks, the words of the voice, not much else. I’m reminded that I’m still on the same trip….going down that disturbed, slightly psychedelic stream. However, this particular channel of the trip lasts slightly longer. Am I supposed to love ‘Isolde’ more than ‘Isabelle’? Is there more to say about ‘Isolde’? Shit if I know, like I said, I can’t make out the words. Oh well…

The trinity of ‘I’s completes with ‘Isle’, the next song. At first, it’s a much welcomed departure from the formula that overwhelmed the album’s first two tracks. Personally, I hear a nod to David Gilmour’s guitar sound (from much of Floyd’s early, lengthy pulsing psychic aural landscapes). The guitar provides most of the sense of rhythm on this one with a whole buncha effects hooked up. There’s an accompanying keyboard melody highlighting the path the guitar is veering and only a hint of actual percussion. Not one to stay away, that voice returns. It never “sings” really, it doesn’t growl, just chants and chants. Perhaps I needed some 3D earplugs to appreciate these songs’ message. I kind of feel like I’m watching a 3D movie without the glasses. There’s something going on here, but in my unmedicated state of mind, (that HAS to be the reason) I cannot make the words out.

Finally, the ‘Gloom Reaper’ arrives. The last song. No more ‘I’s? All of a sudden a ‘G’? I cannot tell you why. It’s not obvious, because the song has all the same elements of the first three: that effects laden guitar and vocal, a slight harmonic keyboard/synthesizer thing, and just that ‘ol dash of percussion. The one thing that stands out for ‘Mystery Of Death’s outré is that it’s over as soon as it begins. Being abused for 3/4 of the album by the drawn out, spaced out metal-esqe flavor of Fatalism, this ‘Gloom Reaper’ (note: one of the guitar parts sounds expectedly similar to Blue Oyster Cult’s ‘Don’t Fear the…’) is over shockingly quickly, after just over three minutes while the others were six, nine, six, respectively (someone get my numerologist on the line).

Judging by just the name of the band and the title of the album and its songs, I surmise that this is an exploratory on the concept of death. Death brings closure, finality, resolution, with an accompanying hope of rebirth. The songs, I felt, were slightly amateurish and very simple. There wasn’t too much here that blew me away or that I really haven’t heard before, as I said, on any Hawkwind album. That being said, it’s certainly not “bad”. There’s an obvious competency of the two musicians involved, so it doesn’t annoy on that level. On a certain level, I’m sure Fatalism captured what they set out to invoke. To realize just what that was or is, requires more listening, of which I will do…though I’m pretty sure that I won’t be the one to find out. It didn’t affect me in a way that demands the repeated listening the answer requires, but that’s me. 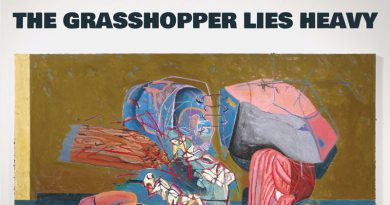