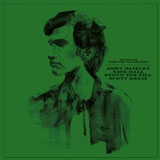 It is a sad fact that despite notable and popular musicians’ such as Bob Dylan, Norah Jones, Lyle Lovett, Robert Plant, Alison Krauss, Gillian Welch, and Willie Nelson covering and having success with material written and performed by Texan Townes Van Zandt, the wider world has remained largely unaware of this Country and Folk legend. During his often troubled existence he spent most of his time playing to a small but devoted fan base in dive bars, often unnoticed and unappreciated by the wider world who would have probably been familiar with songs like ‘Pancho and Lefty’, the 1983 Willie Nelson version.

A peer of the outlaw country movement and appearing in documentaries alongside big names such as David Allen Coe and Steve Earle, Van Zandt’s bipolar disorder and resulting long term memory loss from insulin shock therapy lead to heavy substance and alcohol abuse and a reputation for telling tall tales.

Following his death in 1997 from health problems stemming from his hard living ways, the next decade saw casual interest in the singer blossom into films, books and more magazine articles than in his thirty year career and recognition for the man outside his peer group and (often) famous fans finally deservedly began to match the man’s talent. Following the overwhelming success of My Proud Mountain’s first release, Songs of Townes Van Zandt with Scott Kelly, Steve Von Till and Wino, the label have since been inundated with questions about the next installment in the series, and flooded with offers from bands to be part of it. It seems the urge to spread the word about Townes Van Zandt continues to extend into more musical circles, his name always mentioned in reverential tones. As a result Neurosis masterminds Kelly and Von Till have recruited John Baizley, singer and guitarist from Baroness and Nate Hall from US Christmas to help create their own unique takes on their favourite songs to pay homage and help spread the word of Townes Van Zandt.

Released on 10″ vinyl for Record Store Day, the four track stop gap sees Baizley‘s take on ‘If I Needed You’, the first outtake released from ‘The Songs of Townes Van Zandt, on side A. Despite teasing with a piercing intro note here the most upbeat sounding track is delicately reproduced with it’s soulful pleading melodies and is beautifully reproduced with a tenderness that could come as a surprise to those expecting the abrasive stylings of his day job. The dual vocals over the intricately picked strings washes over the listener that shows just how beautiful the original was.

Also on the first side Nate Hall‘s also previously unreleased cappella version of ‘A Song For’ is a drone inspired chant that is reminiscent of a tribal prayer. Focused with such intensity the listener is left alone with lyrics that plumb the depths of despair and sorrow, all delivered in Nate Hall’s half spoken, half sung drawl. The overall effect is unsettling and yet compelling like hearing Johnny Cash sing Nine Inch Nails ‘Hurt’ for the first time.

Side B is the turn of the Neurosis pair and Steve Von Till gives us his version of ‘The Spider Song’ from his ‘A Grave Is A Grim Horse’ album, dripping with strings enhancements and guitar work that demands attention. This is another arrangement that serves to emphasize Van Zandt’s uncanny ability to pen searching lyrics that capture the darker side of the human psyche. Breathless and claustrophobic from start to finish it is apparent to see the influence of the man on modern Neurosis.

Closing out the EP is Scott Kelly‘s powerful rendition of ‘St John The Gambler’ previously aired on the My Proud Mountain release. As on the album, this stark, haunting tale of struggle, futility and acknowledgement of self damnation allows Kelly’s smoky low tones the platform to tug at the tattered edges of the soul over its hushed strumming and unsettling string bends. As much of a highlight here as on the album, the considered and downbeat introspection is stirring and unavoidable.

Whilst this record has been partly released to ride the unexpected success of last year’s album and whet the appetite for the next installment in the series, what this whole project shows is that the original material, either faithfully reproduced or re-imagined, has the ability to transcend boundaries and speak directly to the heart. The passion of those involved and the loving attention to detail in the execution is a worthy tribute to the man in itself. 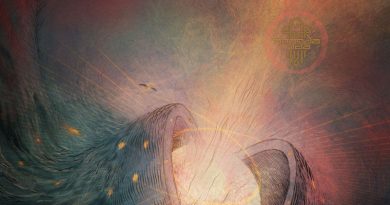