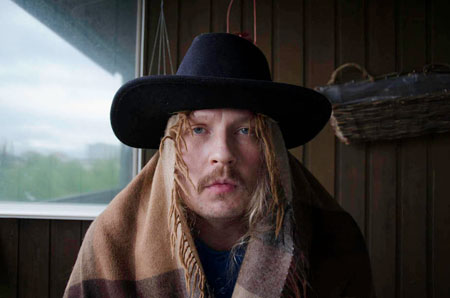 Ektro Records announces June 28th as the international release date for JUSSI LEHTISALO’s The Complete Solo Works. In a small country disproportionately packed with maverick musical madmen, Finland’s JUSSI LEHTISALO is arguably the maddest of them all. With a genre-defying career that spans nearly 20 years and nearly 100 different recordings, JUSSI LEHTISALO is most renowned for Finland’s legendary Circle, but has also numbered the likes of Pharaoh Overlord, Slussenanalys, Rakhim, Split Cranium, Grumbling Fur, Steel Mammoth, and Arkhamin Kirjasto among his expansive endeavors, to name just a few. In addition to his musical works, he runs both Ektro Records and Full Contact Records.

And yet, even with all this inscrutable creativity, JUSSI LEHTISALO has managed to record two solo albums, now finally collected together on The Complete Solo Works. A jam-packed CD compiling 2010’s Rotta and last year’s Interludes For Prepared Beast albums, JUSSI LEHTISALO’s The Complete Solo Works is but merely one “mask” that the artist wears, yet it’s one that reveals so much whilst retaining an air of elusiveness and mystery.

The darker of the pair, Rotta is lambent and lonely, yearning and churning, haunting and haunted, a meditation on landscapes unknown and terrain untrodden. In contrast, Interludes For Prepared Beast is often furious in its playfulness, exploding early yet retaining a sense of fast-forward bliss, only to downshift to a glorious lullaby and then back again, Loki-like. Between the two, LEHTISALO is seemingly communicating in a language all his own, malforming all manner of space rock, kosmische, black metal, free folk, and avant-garde guitar, referencing everything and nothing simultaneously, taunting the listener and beckoning him/her, being “in the moment” and also escaping it. Great art cannot be easily pinned down – and neither can JUSSI LEHTISALO’s The Complete Solo Works. Cover and full tracklisting are as follows: 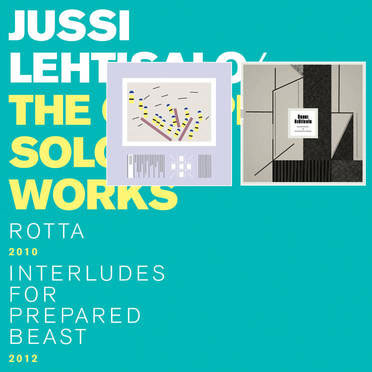