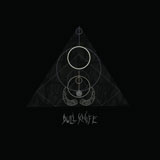 As someone who enjoys the genre, I still sometimes feel there’s something vaguely derogatory about the term “Noise”. That may be intentional I guess if you ask some hardened power electronics fan eager to embrace and rejoice in the more degenerate, harsh end of the scene (nothing wrong with that of course), but sometimes it feels like..well..like just casually referring to something as “noise” isn’t fully descriptive enough of the sounds being produced. Dull Knife, for example operate in the shadowy corners of the hiss soaked multiverse known as “noise”, but utilise a lot more than the simple static or mindlessly violent electronic abuse that you might expect if your immediate reaction to hearing the N word is Merzbow or his analog worshipping, frequency strangling progeny. Given their connection to the excellent A Story of Rats though, this is no surprise.

Over the course of their two lengthy tracks on this beautifully packaged LP they drag us into different directions, through trap doors and false starts into wide open spaces of sonic bliss. It’s quite the ride. “Excavation” starts cautiously and eerily to establish an atmosphere of foreboding, with a distant crackle and staggered series of building volumes. They build it nicely before dropping us into a chamber of sound, layers of drone stacked one on top of the other. The effect is like freefalling into what you think might be a bottomless pit, only to land in the middle of a tidal wave when you least expect it. There are fragments of notes, voices and chords that emerge from this maelstrom that steer the whole thing constantly that give the sense that this is actually leading somewhere.

And where it leads is the second track, “The Fallow Field of Vision”, another lengthy piece, though after the ordeal of the first track, this feels more like the light at the end of the proverbial tunnel. It’s a calmer affair, a more meditative approach with what sounds like a distant choir calling from behind a wall of sound. Low end buzzes drift along from time to time, weaving through tones that feel like the aural equivalent of dry ice. It’s easy to get comfortable here but things take a slightly darker turn towards the end – the chorus drops away and we’re left with mournful guitar chords that precede a gradual disappearance back into the dark by the end of the piece.

I gather much of this was improvised. You wouldn’t know it. This seems deliberate and composed throughout. For me the real measure of any kind of drone/noise is what happens to the listener when you close your eyes: does it evoke an image? Does it create an atmosphere? Dull Knife do that without question here – it’s an evocative set of drones and tones that makes you feel, basically, like you’re in a cave or something. Labyrinthine, dark sounds reside here – but the key thing is that at no point do they overwhelm or stray into oblivion for the sake of it. With your headphones on and the lights out, you’ll be transported away. This is, as the mighty Coil would have it, very much Musick To Play In The Dark. 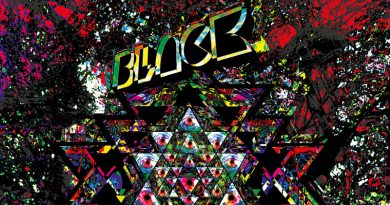 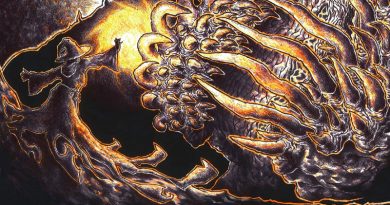