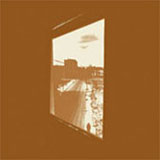 I really didn’t know how I was going to start this review as the first time I gave Jesu’s debut full length release a spin I was left totally speechless with the feeling that I’d just listened to something very very special indeed.

For those unaware, Jesu is the brainchild of none other than Justin K Broadrick, which he unleashed onto this fragile earth from the ashes of the now legendary Godflesh. I guess you could say Jesu are indeed a Godflesh for the 21st century, as once again he is joined by Ted Parsons on drums/percussion and like their forefathers this is one crushingly heavy release, full of emotion and often crawling along at a snails pace.

With just 8 tracks lasting a staggering 74 minutes, you’d be right in thinking that this CD would begin to drag, but in all honesty you couldn’t be further from the truth, as after the first few minutes of the opening track ‘Your Path To Divinity’, Jesu manages to suck you in with it’s grinding bass lines, pounding drum beats and resonant guitar soundscapes. There’s no hint of a vocal line until around 4 minutes in when they hit you, but not by surprise like a sledgehammer as Broderick’s vocal arrangement is quite low in the mix, helped along with various effects which blend in with the whole atmosphere Jesu manage to create giving them an almost eerie feel.

As the first track fades out and ‘Friends are Evil’ kicks it with it’s grinding Godlfeshesque bass line shortly followed by Broadrick’s distinctive guitar and vocals, you just know that the emotional journey into Jesu’s mind is well and truly in motion. The trend continues throughout the rest of the CD, each track flows faultlessly from one into another as if it’s a totally natural progression and your drawn in further than you could possibly imagine to the hypnotic sounds they manage to create. After listening to this CD over and over again I’m still struggling to find the right words, phrases and expressions to put across just how amazing this release is. The emotions it emits weep from every pore on your body as you feel the passion of every note strummed, every cymbal hit and every word sung until your left feeling both mentally and physically drained and with little touches like the funeral march style percussion on ‘Tired Of Me’ and church organ effect on ‘Sun Day’ really helps sum up the diversity yet effectives of this band.

I will admit, this release won’t be for everyone, it’s painfully slow at times so speed freaks would probably be advised to look elsewhere but for the doom junkies among us, it still manages to sustain it’s sheer heaviness so if you’re a fan of Justin’s work in Godflesh, early Skullflower, Esoteric and the likes of Isis (who they’ll be touring with later in year) this is a must have addition to your CD collection. 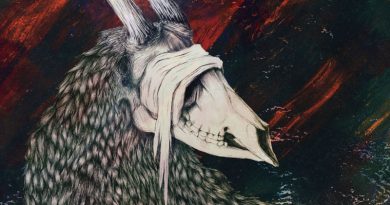 Review: Svalbard ‘When I Die, Will I Get Better?’