It feels very much like Malignant Altar‘s debut album is one of the very few underground metal debuts in recent years which actually justifies the phrase ‘hotly anticipated’. Former Insect Warfare members sublimating their lifelong love of death metal over two previous demos, the band have attracted many a devotee and almost as many detractors in their brief lifespan thus far. They seem to have emerged fully formed in a way that many of their current peers in the US scene haven’t quite managed. Ploughing a furrow of mid-paced death metal that sounds in essence like some sort of middle ground between the focussed rifferama of Cause Of Death era Obituary and the sulphurous darkness of their home state heroes Imprecation and Temple Of Offal era Absu.

Let’s talk about the bone of contention that many in the death metal underground seem to have with Malignant Altar, that’s their ‘groove’.

Yes, Malignant Altar‘s sound is rooted heavily in the ‘groove’ which, for better or for worse, is a thing that death metal fundamentally should not have. This music is supposed to be macabre and punishing, so the idea of it having any kind of rhythmic characteristics that suggest engagement, rather than violence (or perhaps more accurately that might make it accessible to Pantera fans and hardcore kids who like kickboxing) seems to be a fundamentally abhorrent concept to the ultra-militant (internet) death metal elite. Well rest assured the only pit it would seem Malignant Altar are intent on opening is the deepest pit of hell, and their ‘groove’ is more of a hammer blow swing or the rhythm of a steamroller.

Demo favourite Ceremonial Decapitator, also the fifth track here, feels like the optimum display of this aspect of their style, the logical limit of what can be done with a simple yet hypnotic pace. Sure, there are moments that’ll occasionally have the slam brigade smashing beer cans with their foreheads in glee (Usurping The Pantheon Crown definitely has at least one riff which might be described as ‘the spin kicker’s delight’), but who cares. The riffs being delivered are as dark and as HEAVY as they come. This is not music for the gym, unless your gym is in a crypt.

It’s also a bizarre concern given the frequency at which the fivesome will launch into a murderous blast, or switch tempos unexpectedly throughout the new material that makes up this record. Perhaps the band themselves realised that while well played mid-pace Metal Ov Death is a good thing, too much of a good thing rots the teeth, and so they’ve sharpened their fangs and their songwriting chops for maximum damage.

Opener Channeling Impure Apparitions switches between stomping malevolence and thrashing rage spectacularly well in fact, showcasing drummer Dobber‘s fearsomely precise skills behind the kit; the guy never overplays or shows off, and his playing is as tasteful as it is metronomic. It’s also clear from the off that he’s really the one in the driver’s seat as a drummer with less focus would detract enormously from the sound overall.

The first highlight of the album comes in the first half, manifesting in the diabolical form of Belial Rebirth. They come wading in on a tide of Azagthothian swamp riffery, before abandoning the sewage stamp for an abrupt attack of mania that catches you off guard and leaves you reeling. Just when you think it’s over, a brief pause introduces the second movement of the song, alternating between some funereal riffing and a solo that sees haunting melodies play out over more of the speed. It’s jarring and multidimensional in ways you might not expect and peppered with some delightfully 90s sounding keyboard tinges to enhance the atmosphere. This is clearly the work of people who are thinking about dynamics, about mood, and not simply churning out the riffs for the sake of it.

Attention should be called similarly to the closing Rites Of Krasue, the track where the ghosts of those two Texan legends I mention early in this review appear most prominently, and the torch is truly passed over from the old generation to the next. A satisfyingly dense six-minute workout that again exercises the serpentine songwriting muscles the band have developed to their fullest. You realise when it’s all over, Malignant Altar have succeeded in making death metal that feels timeless. While they may well take their songwriting cues from the killing technology of the 90s Roadrunner era, they sound modern and fresh and are striving for something more than another neanderthal/caveman/white trash USDM pastiche.

There is a disappointment here in one particular facet however, and it has to be addressed. Is a thirty-three-minute slab where one song feels very much to be filler (the title track is an utterly unessential two minutes of dark ambient drone that adds nothing to the record whatsoever) really an album? It seems like a glorified EP and does make you wonder why it’s not being promoted as such. But surely to be left wanting more is the sign of a good record, whether it’s an album or not, and while it may be small in terms of the number of songs, they’re clearly honed and perfectly formed.

An impressive first showing by any means, and it’s hard not to imagine Malignant Altar perhaps following the trajectory of a certain other band on the same label who opened a stargate a few years ago. Deserving of the hype? Definitely. 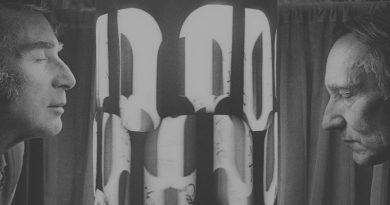 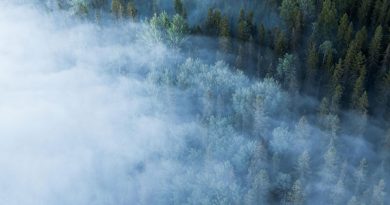 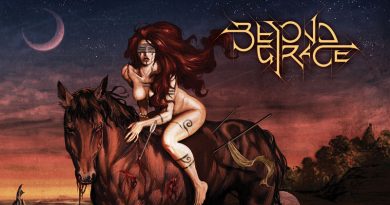