Outburst are a Stoner Rock outfit hailing from the Midlands, I’ll be perfectly honest I knew very little about this bands existence until recently when I stumbled upon a link to their site. From the brief listens I had to their mp3’s I was instantly hooked, sent Ben an email and the kind person he is agreed to do an interview, the questions were sent via email & answered over a few pints at their local watering hole during March 2005.

Howdy, how’s life treating Outburst, well I hope, as I mentioned on the intro, I knew very little about Outburst until recently, so what better way to start the ball rolling by giving us a run down of the current line up?

Ben: Hi there, I’m good thanks, our current lineup consists of my goodself (Ben) on the Guitar
Moe: I’m Moe, I play the drums.
Pee: Pee. Bass.
Taylor: Taylor, vocals.
Ben: We have to go by surnames/nicknames otherwise it’d be Andy, Andy, Andy and Ben. Which can be a little confusing…

You’re obviously heavily influenced by the likes of Kyuss, Clutch, Fu Manchu et al but could you enlighten us to what other media, music and literature get Outburst’s creative juices flowing?

T: Harry Potter.
B, P, M: What?!? Ha ha ha ha.
[Lamar starts playing on the jukebox in the bar]
M: Lamar.
B: I can see this is gonna be a struggle, ha ha. I don’t know what our direct influences would be really, we don’t particularly set out to sound like anyone else.
M: It just happens, ha ha.
P: We’re all about the riffs.
B: I guess it could be distilled down to the search for the perfect riff. That’s pretty inspirational.
M: Pirates!
T, B, P: Yes and of course there’s pirates. A massive inspiration for us – ha ha.
P: Bill Shatner. He inspires us.
B: I’m not sure what he inspires us to do but he certainly is a massive influence. OK let’s attempt at least one semi serious answer.
M: Cartoons… and zombie movies…
B: TV Themes…
P: Ron Burgundy jazz flute…
T: Goblins, dragons and rainbows…
B: Not forgetting wizards of course.
[Maroon 5 starts on the jukebox from hell]
M: I’m personally inspired by the hardcore Metal stylings of Maroon 5
B, P, T: Ha ha ha ha ha ha.
M: Hunter S. Thompson.
B: Wait a minute that was a serious answer.
M: Fear and Loathing In Las Vegas is one of my favorite books ever.
B: Moving swiftly on…

And what are you currently listening to/purchased?

B: High On Fire – Blessed Black Wings is getting heavy rotation at the moment. I’m also listening to a lot of Acid King, Anal Cunt and The Hidden Hand, it’s a Stoner Rock cliché but Wino is a God.
M: Queen, Pig Destroyer, Method Man…
B: What? Dude, that’s such a fucked up list.
M: Well, it’s what I’ve been listening to a lot lately. Along with the usual Rollins Band, Fu Manchu etc.
P: KISS, Foghat, Weezer and Jeff Buckley mostly. They get the most playtime without a doubt.
B: Man, I haven’t heard Foghat for ages.
T: Hermano, both the first alum and the new one, QOTSA and that compilation I borrowed from you.
B: Oh yeah, the High Volume : The Stoner Rock Collection. There’s some good shit on there, Clutch, COC, Hidden Hand, Unida, Suplecs, good choice. 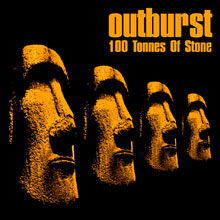 From reading your (sadly now defunct) website you released a debut self financed CD entitled ‘Your Move Creep’ during 2004, I’ve still yet to hear this so could you tell us if it’s still available and what’s the easiest way of getting our grubby paws on a copy?

B: We did indeed record a 10 track album sometime last year. We’ve been semi promoting that and sending freebies out to anyone who was interested, but that’s a bloody expensive way of doing things.
M: We really want to concentrate on promoting the new EP/mini album thing that we recently completed so the one from last year hasn’t really crossed our minds for a while.
B: I suppose, if there’s a surge of interest in the older material we could burn copies to order.
M: Sounds like a plan.
B: There you have it then “Your Move Creep” (the title of the last disc) is available but on a burnt to order basis. 10 tracks, 9 of our own and a cover of the Cream classic ‘Sunshine Of Your Love’.
E-mail us at outburstrock@hotmail.com to negotiate a price I guess.

You also mentioned that Outburst hit the studio in early 2005 to record a handful of tracks, firstly how did the session go, secondly will this be another self financed release and can you give us an idea when it’s likely to be available?

P: The session was gravy.
T: Gravy?
M: Yeah, it was the shizzle.
B: The shizzle? Seriously Moe how did the trip to the studio go?
M: Well, I’m disappointed – ha ha ha ha.
B: Ha ha ha. I think the best thing about our last trip to the studio, apart from the damn fine disc we got at the end of it, was that we didn’t break Alan’s brain.
T: Ha ha. Yeah, Alan is the guy who runs the studio we use. Cool guy. But we really did his head in when we recorded “Your Move Creep” last year. We got 10 songs down in 2 days and the mixing process was a little harsh on Alans mental state.
B: We went a bit easier on him this time, just the 6 tracks this time round that we mixed in batches of 3 so Alan could have a break in between mixes.
T: I enjoyed the pub this time round.
P: We did spend more time in the pub than actually playing our respective instruments I think – ha ha.
B: Getting back to the question, yes, it is another self financed disc and it’s likely to be available by the time you read this. It’s called “100 Tonnes Of Stone” and it kicks ass and rocks out – ha ha.
M: If anyone wants a copy, again, e-mail us at outburstrock@hotmail.com and we’ll negotiate price.

As mentioned you guys are based in the Midlands, well Leicester to be more accurate, so can you tell us if Stoner/Doom or Metal in general has a healthy following in your neck of the woods? Are there plenty of opportunities/venue’s to play live?

All: Ha ha ha ha ha ha ha.
M: It’s rubbish round here.
B: The Charlotte used to be good until they ripped the soul and character out of it.
M: But the soundman’s a cunt. The Shed’s alright.
T: There is no local Stoner/Doom scene.
P: Unless you like junior Slayer cover bands you’re fucked.
B: There’s just no other Stoner bands around here really. Josiah are local, or they were, didn’t they move?
M: Dunno.
B: There’s quite a lot of chances to play I suppose but not with the right bands. We usually only get offered slots with Death and Thrash bands. Who we’re inevitably heavier than but because we don’t play at 6 billion miles per hour the ‘kids’ don’t seem to get it.

Speaking of playing live, apart from your local area, have you had the chance or are planning to spread your wings and play any other part of the UK?

M: Yes. No. Maybe. Hang on, what was the question?
P: We played in London at the tail end of last year, where Taylor attempted to choke on his own vomit in the hotel room.
T: I don’t remember. It’s fucked up.
M: In the local area we’ve supported the likes of The Atomic Bitchwax and Five Horse Johnson when they’ve been around.
B: We missed supporting Gonga twice in about 6 months as well due to circumstances beyond our control.
T: Playing other parts of the UK is the main goal off the back of the ‘100 Tonnes Of Stone recording’ I’d say.
B: We are playing in Hitchin in Hertfordshire April the 8th. At a place called Club 85.
M: We’re supporting Head On who’ve appeared on a recent MetalHammer CD. Should be a damn fine gig.

I mentioned above about your now defunct website, although you do have all your latest news, mp3’s etc on www.myspace.com/outburstrock, are there any plans to re-launch your dedicated site?

B: Oh yeah, there’s definite plans to re-launch a dedicated site.
M: It’s just a case of sorting prices for design/hosting the damn thing.
B: If we had the skill to do it ourselves we would but I’ve come to realise that HTML baffles me and the DIY ethic might have to take a backseat to paying out some cold hard cash to someone who knows what they’re doing

OK, I’ll sign off here, thanks again for taking the time to answer these questions and please take this opportunity to give Outburst a plug of any news, up and coming gigs, releases etc.

Check out all the latest goings on with Outburst at: www.myspace.com/outburstrock 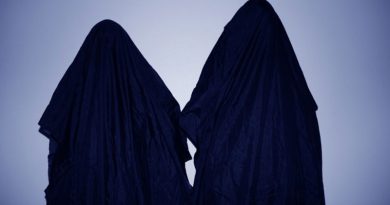 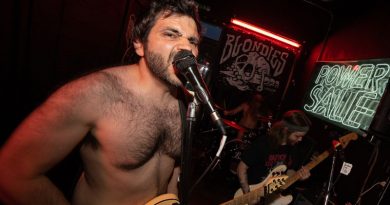 In Search Of Tone: Yanni Georgiou Of Butcher In The Fog