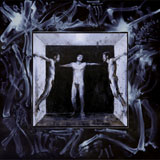 Finnish ambient Doom/Prog/Drone mongers Fleshpress have been making a hell of a noise for nearly a decade and a half now. Their sixth full length studio album, the powerfully named ‘Tearing Skyholes’ sees the band focused on refining the craft that is as much about generating feeling and atmosphere as it is pummelling the life out of their listeners. Some bands write songs in isolation, each moment a microcosm of what the band is about and some bands write epic length pieces of music, broken up by the inconvenience of tracks and numbers on a CD listing. Fleshpress unsurprisingly fall into the latter camp and don’t put on ‘Tearing Skyholes’ unless you are prepared to experience the whole vision played out in full to give you the insight as to what the band are trying to achieve with each weighty release.

Those familiar to the band will know what to expect, but for those coming to Fleshpress for the first time should prepare themselves for a long trudging dirge. This is the soundtrack to a downtrodden march over a never ending landscape. Imagine if they made a film about the parts of Frodo and Samwise’s journey in The Lord Of The Rings that wasn’t fraught with action and danger, the bits where winter kicked in and the rain lashed them making their clothing heavy, backpacks a curse, the ground cold and wet on weary, hairy feet as the horizon stretches impossibly into the distance, uphill.

This may sound unappealing but the thing with Fleshpress, as one would imagine on the long walk from the Shire to Mordor, is that there would be some spectacular scenery along the way. This is what is the chief concern of the band, creating vast sonic landscapes that are more important than the root cause of why we are on this journey. It’s movement is almost glacial at times, but it is sculpted like the rolling hills of some majestic valley.

The cavernous prog doom of ‘Washer’ starts off the album with it’s rich, ringing chords, the deep tones accented by the clean high notes, perfectly balanced in the excellent production giving a sense of beauty in the stillness before cavernous walls of feedback and evil note progressions eventually form the backdrop for guttural, gargled vocals and crashing percussion.

This pulsing, atmospheric approach continues throughout the album with the two minutes of ‘Silmien Rei’ittämä Taivas’ forming a bridge to the centre piece of the album , the massive ‘Coming Of Gaze’. Here plodding bass and the slow, creeping melody lend gravity to the whispered, breathy vocals as the track stretches over its stop/start build and release of tension. On the surface it can seem almost mellow and psychedelic as the music warps and washes over you but there is never a sense of the band relaxing. The track is the spirit of the album, distilled into 12 minutes of balanced musical exploration, each musician playing off the other and allowing all members to push themselves to the edge of their craft.

’Floating Paranoia’ is the highlight of the album for me, everything that has gone before – the ambience, the oppressive tension, tortured vocals delivered with a snarl and pounding rhythm but condensed into a muscular track that comes in under six minutes and in comparison feels more direct and a calculated punch in the face, just to make sure you are all still paying attention. The track itself is awash with tremelo guitar and clean sections making the contrast between this and some of the other funeral march slow passages almost catchy.

However normal service is resumed on the title track and the crushing drone experimentation is back, working through themes, not dissimilar to Jesu. Again the guitar work finds space and time to take the listener on a twisted journey, lifted again by huge riffing and more urgent moments with frantic, powerful doom laced slabs of darkness.

The closing (and unsurprisingly) epic track, ‘Each Eye Holes The Sky’, is an almost instrumental workout with faint samples and occasional rabid vocals. It simply lets the musicians get on with the business of painting a sonic picture which takes in many moods and themes. Almost shoe gaze at times, raging fury the next, it is as hypnotic as it is unsettling and a fitting way to end the album.

There is no doubt this is not a release that will please everyone. ‘Tearing Skyholes’ requires patience and a lot of time to listen to. This is akin to looking at an oil painting up closely, examining the brush techniques and surrendering yourself to the journey the band want to take you on, whether it is moments of intense paranoia or sweeping mellow guitar noodling.

Fleshpress have been doing this long enough now to find themselves content with their musical approach and some people will be equally impressed by the drawn out ringing ending to the final track as others will be looking for something more concise. If you want to take your time over an album and like your Doom flavoured with subtlety then ‘Tearing Skyholes’ is a perfect example of a band pushing their art to the extreme. 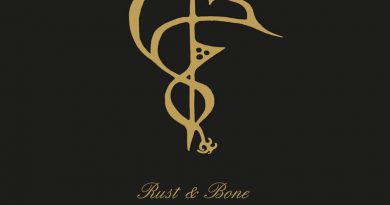