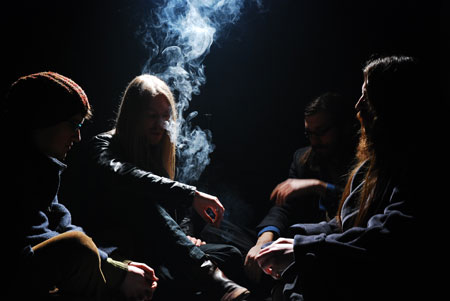 BONG have summoned the tones of the elder gods with their epic new genre-defining album, ‘Stoner Rock‘, their fourth full-length release on Ritual Productions.

BONG are the ultimate drone-lords of the cosmos and with ‘Stoner Rock‘ have rewritten the commandments of a genre as they explain:

“It is a tongue-in-cheek dig at our usual classification as stoner rock and what the term has come to represent. The idea is to create our own definition of ‘stoner rock’ by creating an album so utterly stoned and repetitive to be a million miles away from the usual definition.”…they continue…”Those who know Bong already will get both the humour and the philosophical redefinition… those who don’t know us will either get it when they listen or will never understand BONG at all.”

Sonically speaking, ‘Stoner Rock‘ ventures further into the abyss, BONG are gravitating toward an endless void and with the magnitude of their ritualistic, mesmeric drones, we have no choice but to follow… 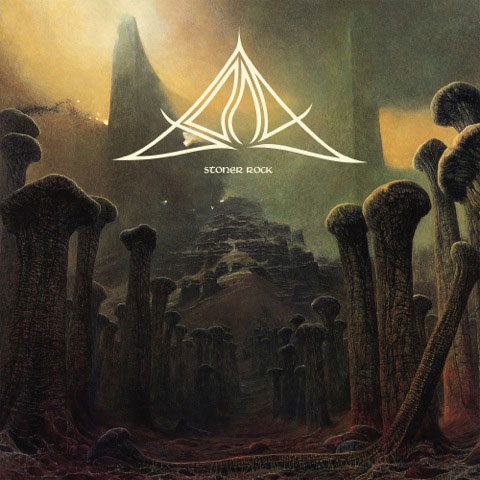 Like it’s predecessor (‘Mana-Yood-Sushai‘), ‘Stoner Rock‘ consists of two long-form movements, each entrancing in a way that instigates visions of Lovecraft’s timeless verse. “Out Of The Aeons” a fitting name for a piece of music that swells and flows for an eternity, resounding in yours ears long after the drones have faded away. The second movement, “Polaris“, equally fitting, especially if one was to make the analogy that, much like the North star, BONG remain a constant beacon in the trance-inducing drone community. “Polaris” is their call to arms with bellowing and commanding vocals, exhorting assertions that demand to be heard.