Boris and Merzbow have worked together so often that Boris With Merzbow might as well be classed as an act all of itself. 20R0I2P0 is the eighth time they’ve released a collaboration record, and the two artists have played live together countless times on top of this. Like the majority of their previous collaborations, 2R0I2P0 consists of re-recorded Boris tracks overlaid with Merzbow‘s trademark harsh electronic noise, and this time around they’re working with some of Boris‘s most recent output as their base.

In essence it’s the close equivalent of listening to LφVE & EVφL and Pulse Demon at the same time, and you might be wondering what exactly the point of that might be. In fact there may be no point to it at all. 2R0I2P0 could simply be another formulaic collaboration piece from two acts who are so prolific that the creation of music envelopes the entirety of their existence. What I will try and explain in this review is why I believe there may be a deeper intelligibility to this record.

Out of the album’s ten songs, six of them are taken from LφVE & EVφL, Boris‘s sprawling 2019 two part album that combined their typically heavy and loud doom, with the more mellow shoegaze and indie styles they’ve experimented with in the past. A couple of the tracks are originally from other recent Boris releases: Absolutego being the song from 2017’s Dear, rather than the hour long album cut of the same name; and Journey being taken from Unknown Flowers, their 2018 split with The Novembers. The remaining two tracks are covers: To The Beach is originally by shoegaze maestros Coaltar Of The Deep, and Boris is a version of the legendary Melvins track from which they took their name.

Across their eight collaborative efforts, Boris and Merzbow have regularly employed this formula, only a few times actually creating completely original compositions. While I’d love to say I’ve listened to all of these records that would be a lie, and the one I’m most familiar with is their last album, 2016s Gensho. While it followed the Boris concept of two distinct albums that can be played separately or together, 2R0I2P0 doesn’t allow for this partition, and your experience can only be of both artists’ sounds concurrently.

There are different ways of looking at this album, and whilst I think there is something more intricate at work, it’s important not to completely over-analyse what is essentially quite a fun, and at times, even comedic album. The absurdity of having Merzbow‘s walls of glitching noise screaming in your ear while Boris warble away on the soft strains of Away From You is pretty funny to experience, if not particularly pleasant to listen to.

Similarly on the opening half of Love, Merzbow offers an almost deliberate disregard for any of the subtleties of Boris‘s composition. If you’ve ever watched UK political comedy show The Thick Of It, or read John Niven’s music industry black comedy novel Kill Your Friends, you’ll know the comedic value of Malcolm Tucker and Steven Stelfox’s over-the-top profanity and absurdly offensive language. It’s hilarious exactly because of its needless extremes.

This album can also be taken in the very elemental sense that it’s like listening to two completely different albums which take up totally different spaces, yet feel completely parallel. Occasionally their peaks and troughs might align, but that comes from pure coincidence and a product of random aleatoric detail, as opposed to deliberate design. While there are moments when they’ve clearly tried to hit these peaks at the same time, particularly noticeable in the heavier tracks like Boris, Coma and Absolutego, the relentless nature of Merzbow‘s noise means it’s not easy to accurately experience these crescendos as well-crafted moments of collaborative nuance.

There is another way of looking at the record, and this is where I may get a bit philosophical and stray away from the artistic intentions. It is, however, the overall experience I took from the album. For a while I couldn’t understand why I liked 2R0I2P0 so much, and it took a great deal of contemplation to figure it out.

As consumers, and particularly as reviewers, we strive as much as possible to listen to albums in complete isolation. We will of course listen to music while out in the world with other things going on around us (perhaps less so recently), but the ideal situation to assimilate music is commonly perceived as being surrounded by as much silence as possible. It enables us to hear every detail and nuance of the music alone in a distant world that’s metaphysically separate from reality. There are of course exceptions to this, and composers like John Cage and Earle Brown often produced pieces that were specifically contra to this idea. But for the most part, music is designed and created so that it’s best understood in isolation from other sounds.

2R0I2P0 gives the experience of listening to music in context of the world. You’re hearing some fabulous doom, drone and shoegaze tracks, while all around you the random noise of the world is occurring at the same time. Gusts of wind, electronic beeps, radio signals, car engines, industrial mechanics, hazy chatter, and noises you can’t prescribe an origin to, are all darting in and out of your consciousness in inexplicable and arbitrary ways. Rather than utilising the original sounds of our world like John Cage, 2R0I2P0 has this noise abstracted into the harsh electronic turbulence that Merzbow is producing.

By conjoining this to Boris‘s intensely organic rock and metal, it provides an aurora of phenomenal context. It’s as if one were listening to Boris while simultaneously existing wholly within the world, experiencing every part of reality compressed together as background noise to the foreground music. It’s a wonderful experience which might only truly make sense with further theoretical exploration. This might all sound very pretentious, but I hope I’ve been able to explain something of the strange and visceral feelings this album gave me.

To return to the original question, what exactly is the point of 2R0I2P0? And does it even have a point? If the two artists’ contributions are so parallel to each other, would one not be better off listening to Boris and Merzbow separately, enjoying their sonic output individually without the distraction of the other? Possibly. Potentially. Probably. But the experience you will have listening to their music in isolation, is very different to the one which you encounter by listening to them together. It’s not necessarily better, but it’s profoundly unique, and brings out certain phenomena which can only be experienced with the two artists in unison. 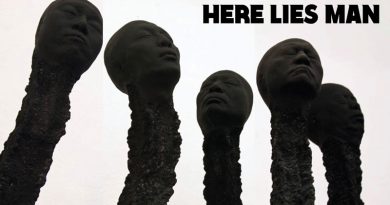