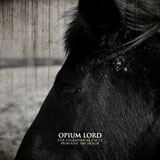 I’ve been doing this reviewing schtick for T’Shaman for a few years now, wading through wave upon wave, pile upon pile, of promo downloads and physical discs for what seems like an endless conveyor belt of the same three or four variations on ‘heavy’ music, or ‘doom’ if you will, the vast majority of which could be generously described as severely in the thrall of a handful of other bands. You know of whom I speak – how many bands plying their down-tuned, dubious smoke-wreathed trade now would even exist without the ‘classic’ holy trinity of Black Sabbath, Kyuss and Sleep and the ‘new testament’ trio of Electric Wizard, Eyehategod and Iron Monkey? Hell, throw in the post-rock big three of Neurosis, Isis and Godspeed You! Black Emperor for good measure.

From what I can hear, based upon casual perusal of many of the bands we are asked to cover and from trawling the blogs and whatnot for my own depraved pleasure, without an unimaginative, thoroughly soulless, slavish devotion to repeatedly recreating the sound of said bands there’d be one hell of a lot less potential landfill out there.

Call me jaded if you will, but, well, YOU try getting through umpteen promos by what seems like an unending tide of third-rate Italian Stoner-Rock, the fifty-third NY-based NeurIsis clone of the week or yet more ‘blackened sludge’ from backwoods Bumfuck Arkansas without getting just a tad desperate.

…and so it was that the Black Country’s new dark lords of claustrophobic, aggressively jarring filth Opium Lord swept into town and proceeded to make a mockery of my ever-encroaching prejudices, thoroughly winning me over to the dark side with a mere two tracks of foul, stinking, festering muck. After emerging from the other end of The Calendrical Cycle – Prologue: The Healer I felt in need of both a bloody good shower and a tetanus shot.

Broadly speaking, Opium Lord play ‘sludge’, but you’ll find none of the tired cliches in place here, nuh-uh. What you will find is a band that takes the discordant skree and unsettling mood of prime Khanate, saws it down to size, bolts on the hardcore aggro of Iron Monkey and the hollow, bass-lead thrum of early Swans and takes in a swift detour into the dirty math territory of Coalesce to boot. The sound is thick, claustrophobic in the extreme and hits like a steel-toed winklepicker to the crotch. Sharp and fucking painful with some serious heft behind it.

‘Heroin Swirls’ kicks off with a swirling, swarming cloud of dissonant guitar before kicking in with a major display of withheld, seething force. Jangling, angular guitar skronk hangs behind the armour plated main body of the track as phlegm-drenched, bestial shrieks join the fray.

The band’s grasp of dynamics comes into play now as everything is taken right down to a glowering, simmering stew of low-key guitar and bass before coming back in again as forcefully as it did in the first instance – if not more so. A major shift is heralded by some chiming, off-key Killing Joke-esque cheesewire guitar that leads into a sea-sick, lurching early-Swans-style surging see-saw riff that sees us through to the end, growing ever heavier until it collapses under its own density.

Second, and tragically last, track ‘Street Labs’ lumbers in with that tumbling, thick and chewy Coalesce dirty-math riff, welded to needling, nagging splinters of jagged scrap-metal guitar. Hefty and painful in equal measures. Alternating between a military tattoo and those ear-piercing axe shrieks, the song bulldozes its way along to the embittered end.

I’m man enough to admit when I’m wrong, and in the instance of Opium Lord – and a handful of other bands I’ve heard of late – I happily concede and back down on my ‘nothing-good-can-come-of-sludge-these-days’ platform.

Having said that, this is only two tracks, so by the time the debut album is unleashed I hope to not be disappointed………I have my beady eye on you, Opium Lord. 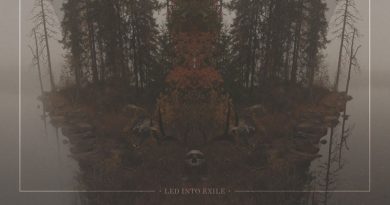