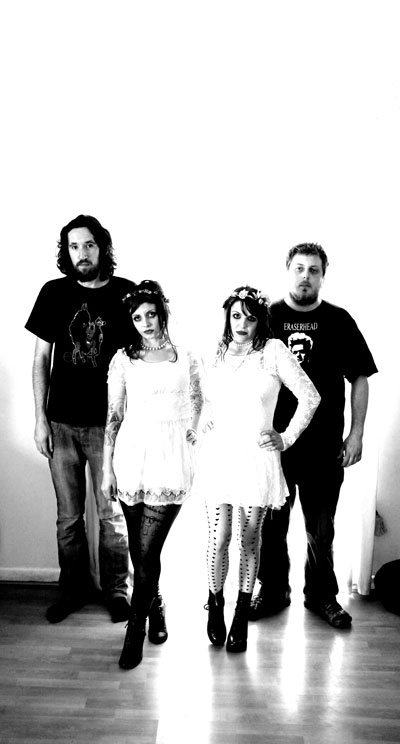 The anticipation is nearly over as today, The Sleeping Shaman, streams an exclusive track taken from the up and coming COMA WALL & UNDERSMILE 12” simply entitled ‘Wood & Wire’ which will be released via Shaman Recordings on the 1st April, the track ‘Summer’ is taken from the COMA WALL side and can be streamed below.

Shaman Recordings also announced that Pre-Orders started today and besides the 12”, there’s the option to bundle in a T-Shirt with the COMA WALL / UNDERSMILE ‘Wood & Wire’ logo emblazoned on the front, more information and orders can be placed on the Shaman Recordings website HERE.

And finally, the artwork has also been revealed today which was lovingly crafted by up and coming illustrator Craig Bryant and you can check it out in all its technicolor glory below.

‘Wood & Wire’ brings together Oxford’s monolithic Undersmile and their acoustic alter-ego Coma Wall on one release.

Although this is Coma Wall‘s debut release, they’ve already gained fans after playing sets at Desertfest 2012 and supporting Dylan Carlson (of Earth) on his first ever solo show. This recording sees the band laid bare – no amps, no fuzz boxes, just acoustic guitars, percussion and a banjo that showcases their own brand of Dark Americana and Doom-Folk in the spirit of the MTV Unplugged sessions. 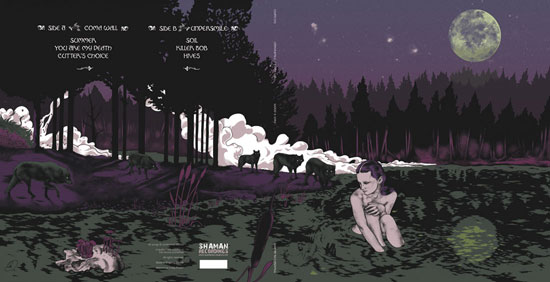 On the other hand Undersmile, having been endorsed by the likes of Earth’s Dylan Carlson and Henry Rollins of Black Flag, are both engaging and crushing, blending numerous influences from Swans to Babes in Toyland to arrive at a genuinely fresh, cohesive, and brutal sound. Their debut album ‘Narwhal‘, released last year by Future Noise Recordings, was met with huge praise from both fans and press alike. For these tracks, the band enlisted the help of Justin Greaves (Iron Monkey, Electric Wizard, Crippled Black Phoenix) to oversee the engineering and his contribution to the recording process helped to further display Undersmile’s diversity and musical growth, as well as their desire to capture a warmer, more ‘live’ sound.

Mastering for both recordings was once again handled by Billy Anderson (Sleep, Neurosis, Melvins) and the amazing artwork was handled by up and coming Illustrator Craig Bryant. 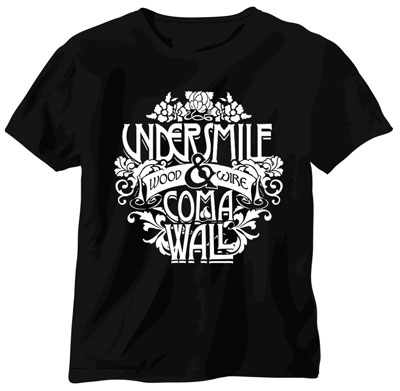 ‘Wood & Wire’ Track listing…
Coma Wall
A1. Summer
A2. You Are My Death
A3. Cutter’s Choice

Undersmile
B1. Soil
B2. Killer Bob
B3. Hives

Undersmile will also be playing this years Hammerfest which takes place between 14th – 17th March 2013 at Hafan y Môr Holiday Park, Pwllheli, North Wales and more information about the weekend is available HERE.