‘Some call it obsession, something like a possession, but me, myself, and I, we just call it what it is: the Profession’

Love Like Machines is album number four for Memphis-based rockers The Heavy Eyes. They’ve followed more or less the same trajectory of swaggering stoner riffage since 2011’s self-titled, but this latest one almost never happened. After He Dreams Of Lions in 2015, the band went on hiatus and got on with their lives. The Profession, however, had other ideas.

The band kicked back into life in 2019, started writing again, and recruited the band’s long-serving recording engineer and occasional live collaborator as a permanent second guitarist. His contributions make this both a natural successor and a leap forward. The production is more crisp than ever, without sacrificing the impact of the fuzz-toned guitars and growling bass. Tripp Shumake’s vocals, as always, have a kind of cruisy, crooning quality and there’s ample space for lyrics to be a feature and focus.

The album kicks off in a contemplative mood with acoustic guitar and reverbed vocals in Anabasis. It feels a bit odd, but it grabs your attention and builds a sense of anticipation; what’s gonna happen next? Then a big fuzzy riff kicks in, but it never quite goes full hard-rockin’ throttle, and the riffs give way to an acoustic outro far too quickly. It feels like a power ballad too hastily assembled, far too short, and oddly-placed at the beginning of the album. It’s grown on me with subsequent listens, but it’s a bit of a stumble in my opinion.

But fear not – they recover their footing immediately with driving, thumping riffs, heroic themes, and subtle bits of psychedelia. Made For The Age is an epic, bruising rocker (at 4:51 the longest on the album) but also includes some sneaky bits of spaced-out guitar. Elsewhere the emphasis turns to a more calculated strut and swagger, always with a confident sense of dynamics.

When the world-wide weirdness of 2020 is just a bad memory, I’ll make a point of going for a long drive with my windows down, blasting Love Like Machines at ridiculous volume…

The psych sections are short and sweet – don’t go expecting a 10-minute rambling freak-out. The impact of an effects-laden guitar part swirling over a dirty bass is not lessened by brevity in, for example, the bridge of God Damn Wolf Man; in fact it comes across as gutsy, and it’s used to build tension towards a more conventional solo. Smart songwriting.

The backing vocals in Bright Light, and barely-heard snippets elsewhere, are a welcome addition. I’d love to hear more, but that’s not a criticism – with one exception: Vera Cruz is a fair dinkum summer anthem, with breezy guitars and celebratory lyrics, and it could be a mainstream chart-topper with the addition of more vocals in the chorus. Give me more vocals! I can imagine three or four overlapping harmony parts, including silly falsetto, blasting from the stereo, as drunken teenagers howl along at suburban barbeques. It’s not bad by any means; it just feels like another valiant but unsuccessful attempt at a rock trope.

The band shift gears immediately after, closing the album with Idle Hands, featuring another big raunchy riff and a touch of grungey darkness.

This is an excellent album in spite of my gripes. For those who appreciate signposts: lovers of Clutch’s bluesy testosterone swagger, and of Greenleaf’s crackling, visceral energy will be in familiar territory. When the world-wide weirdness of 2020 is just a bad memory, I’ll make a point of going for a long drive with my windows down, blasting Love Like Machines at ridiculous volume. 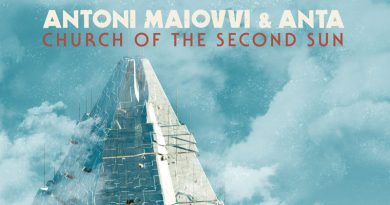 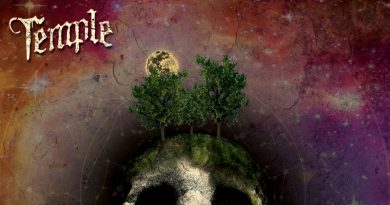