If there’s one thing that has defined Wiegedood‘s music up to this point it is a simple word: intensity. Few contemporary black metal bands produce music with the kind of ferocity as the Belgian trio, and across three full-length albums that fury has only become more articulate. Their fourth album, There’s Always Blood At The End Of The Road, still maintains a relentless rage, but with a more sophisticated edge that leads to a frenzied yet dynamic album.

‘Wiegedood’ is the Dutch word for ‘Sudden Infant Death Syndrome’, so it gives you an idea of what this band are about. Across their first three albums (titled De Doden Hebben Het Goed I, II & III) the band have moved from a more bleak and melancholic sound to one that is utterly nihilistic, and that progression seemed to have reached its peak on III. However, instead of looking for a drastic shift after three albums of gradual progression, the band have honed in on their craft to make every riff, every lead, and every transition feel interesting and engaging whilst maintaining an uncompromising grimness; and where their music could sometimes lose itself in overbearing aggression, on this record the band have delivered some beautifully nuanced compositions.

That’s not to say Wiegedood are veering towards the now common post-metal indebted style of black metal, even though that might be expected of a band who are part of the Church of Ra collective alongside highly progressive groups like Amenra and Oathbreaker (both of whom have shared members with Wiegedood). Unlike many of their contemporaries, there is nothing in Wiegedood‘s music to suggest hope of any kind. There are no melancholic melodies, no shoegazing chord progressions, and no sweeping clean passages. Wiegedood are producing black metal that’s about as cold as it gets.

Throughout all the unrelentingly sinister sounds though, this album is full of brilliant hooks. The opening track FN SCAR 16, with its war metal style riffs and crushing dual vocals, is unforgettable and sets the tone immediately for the record. Tracks like Theft And Begging and Noblesse Oblige Richesse Oblige sound like Gorgoroth on speed, while Until It Is Not, Carousel and Now Will Always Be remind me of US black metallers Woe at their most febrile. The latter of these is the most spectacular track on the album, revolving around a single melody which is introduced to us in a sombre acoustic opening before launching into a depressive run of blasts and tremolos. As the construction begins to evolve the rhythms break up and the melody gets twisted, with dual guitars feeding into some incredibly mournful and funereal chord progressions.

This record isn’t just an impenetrable wall of tremolo riffs and blast beats though. There are slower moments on tracks like And In Old Salamano’s Room, The Dog Whimpered Softly, Nuages and Theft And Begging. But where others might have drifted into doom metal style melancholy, Wiegedood maintain a consistently harsh feeling, whether it’s through the acutely discordant guitar leads or the barbaric, caustic vocals.

Within and between several tracks there are intriguing moments of ambient noise, disturbing voices, and droning monastic chants, which are not there as mere counterpoints to release you from the intensity, but as disturbing passages to draw you further in. There is also the interlude track Wade which, after a stretch of metallic acoustic guitar lines, incorporates a short sample of Belgian gypsy-jazz guitar master Django Reinhardt performing one of his classics Nuages. Appropriately, that is also the title of the track that follows, although the chaotic chords, formidable riffs and ruthless hooks of Wiegedood‘s Nuages are certainly a far cry from the cloud-evoking jazz of Reinhardt’s. I can however see the influence of Reinhardt’s fearless, unruly and cadenced style on the guitar work throughout this album.

There’s Always Blood At The End Of The Road marks a significant moment for Wiegedood which will once again set them apart from their peers. Where others are looking to introduce radical outside influence or simply modernize the sound of classic bands, Wiegedood have dug deeper and deeper into the core of black metal. It is from this unique ore that they have crafted an addictive, uncompromising, and entirely brilliant album. 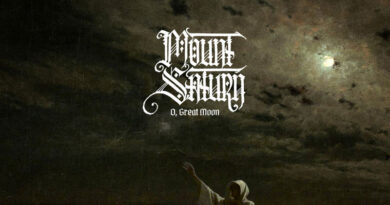 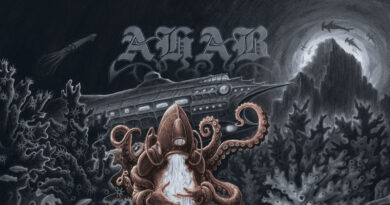