The album’s name references; ‘the phenomenon of a ‘light show’ of various colours that appear out of the darkness…Sometimes, the cinema lights resolve into human or other figures’ (Wikipedia). This could account for the mysterious ghostly figure atop the moon on the album cover, which also betrays a black metal influence. Coincidentally, black metal features in opening track Excuse The Blood, lyrically it concerns the infamous Dead (Mayhem vocalist) suicide note. At a mere fifty-eight seconds it opens the album in an absolutely furious fashion, leaving you in no doubt that this band mean business.

False Light takes a more 90s heavy hardcore (metalcore) route, so if Merauder, All Out War, Ringworm et al get your juices flowing then you’ll be positively delighted by this crushing number. Cul-De-Sac examines the darkness that lurks below the surface of a rather pleasant, but nondescript, suburban neighbourhood and has a hook that will stay lodged in your head like an unwelcome earworm. No Honest Man reminds me of Entombed’s later death ‘n’ roll orientated material and I was particularly struck by the similarities to that band’s Hollow Man. This will make fans of the Swedish extreme metal legends moist eyed with nostalgia.

Howler once again tips its hat to black metal and from the moment the opening riff hits, there is an overwhelming feeling of evil that one would expect from bands of that genre. I can’t be 100% certain whether Pigs Will Swing is a dig at the police, but one could envisage it being used to accompany footage of riots, protests and such. It’s a much slower, grimier number which reminds me of the sludgier moments of crust outfit Noosed.

if Merauder, All Out War, Ringworm et al get your juices flowing then you’ll be positively delighted by this…

Reptilian has leanings towards post-metal, think vintage Isis, Neurosis and the like. It’s certainly a good deal more progressive and demonstrates the band are far from being a one trick pony. The last minute or so of Throne Of Salt takes you by surprise with a differing style of vocal, ala Mike Patton and Pepper Keenan, that helps inject some diversity into what is a somewhat decent, if standard, slab of metallic hardcore.

Voidwalker reminds me of early 90s Sepultura in spots, not quite Chaos AD level proficiency but with a similarly crushing groove metal feel. Phosphene Dream is a pleasant moody instrumental that segues nicely into Prisoner’s Cinema. At nearly six and a half minutes, this is the album’s longest track and is notable for the inclusion of a Charles Manson interview, unsettling in itself, but the accompanying music only enhances the sense of unease. The overall ambience and vocal stylings bring to mind Today Is The Day and serves as a powerful conclusion to the album.

The promo notes state ‘this is real hate, played really fast’ and while the band are certainly not lacking in intensity, the description is somewhat misleading. There are ‘real fast’ moments but if you were checking out the album on that promise alone, you will be left wanting. It’s far more nuanced and varied than one would expect, and I was left intrigued and satisfied by the end result. The band have set the bar quite high, and it will be interesting to see where they go from here. 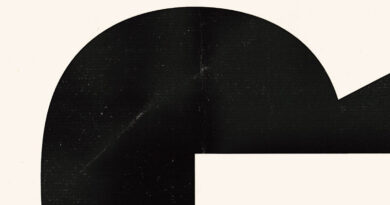 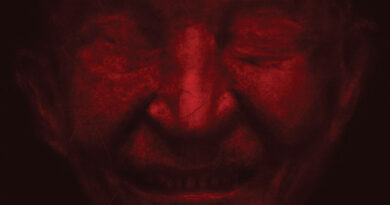