Here Italy’s Giöbia share an album with Scotland’s space rock kings The Cosmic Dead. The Italian quartet presents us with three songs, including a cover of Pink Floyd’s Julia Dream, originally sung by David Gilmour on the B side of It Would Be Nice, his first release with them back in 1968, plus Canyon Moon and Meshes Of The Afternoon. The Cosmic Dead deliver a nineteen-minute-long space rock epic entitled Crater Creator.

For all you ‘heads’ out there you’re in for quite a ride into the black mass of the solar system, which I assume is exactly where you want to go and as soon as possible. All tracks are sonic attacks of epic proportions and worthy of your attention. ‘A must have for all space travellers’, it says here and if you’re feeling like your very own master of the universe, I suggest you give this release your utmost attention.

Giöbia and Canyon Moon kick off with a nod to Neu! if Richard Wright was on keyboards. Dramatic, pulsating and totally instrumental, we have instant lift-off. They bring to mind a psychedelic version of Simple Minds Theme For Great Cities mixed with Floyd’s Set The Controls For The Heart Of The Sun, if you can stretch your imagination to hear what that would sound like. An interesting and winning combination. Hypnotic, repetitive, and driving, everything a space rock track should be and it’s nine minutes long. Ideal music to travel to I would reckon, especially in a fast car, train or spaceship.

Hypnotic, repetitive, and driving, everything a space rock track should be…

Pink Floyd’s Julia Dream next with Melissa Crema (Keyboards) handling the lead vocals admirably. A heartfelt and honest tribute to their heroes authentically carried out. Meshes Of The Afternoon however has much more to say for itself. A darker and industrial track whose atmosphere has far more in common with Tangerine Dream than Floyd this time. Impressive.

On to The Cosmic Dead and their track Crater Creator, an eastern vibe of synths, violin, and what sounds like a didgeridoo introduces us to this tribal vibe. So, get your headphones on, kick back, relax and enjoy the journey. This is what The Cosmic Dead do best. Nineteen albums on various labels since 2011 right up to 2019, they’ve had plenty of time to perfect it, and here is the evidence. They’ve been described as an ‘Amorphous visceral blob of space rock energy powered by celestial vibrations’ and who am I to argue with that. I’m very much a fan and would love to see them reach the lofty heights that their Glasgow contemporaries Mogwai have reached. I mean why the fuck not?

Epic, powerful and cinematic instrumental music is what they both do best. Over seven minutes in and this beast just continues to grow and grow. Legendary compere Kosmic Ken described them as ‘the loudest psychedelic rock band on the planet’ and I’m sure Ken knows his stuff and isn’t bullshitting any of us. Crater Creator is a massive space rock jam that continues to build, even when you’ve fallen asleep at 3am with your clothes and headphones still on, the ashtray is overflowing and it’s only thirty minutes before you have to get up and go to work. Enjoy every minute it’s the kind of escape we all deserve these days. 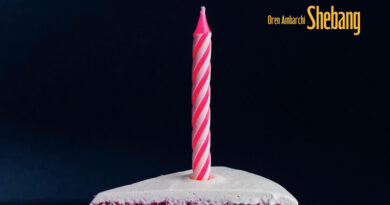 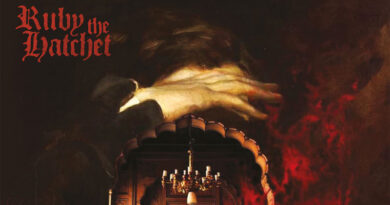