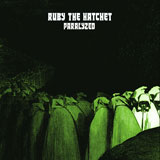 Well, here it goes. My first ever review for this fine internet temple of the riff called The Sleeping Shaman. Granted, with just one song ‘Paralyzed‘, with a length of four and a half minutes, I have yet to truly plunge into the depths of my writing skills.

Anyway, enough about me and on with the job at hand!

Ruby The Hatchet play a good, traditional bit of bluesy stoner rock on this track. Opening with some cleanish sounding guitars that give me a Kyuss vibe, Ruby The Hatchet get down to their dirty business with a deep, grooving riff in the best Sabbathian fashion, accompanied by a swirling flanger. They leave no doubt as to what we are dealing with here. Pure stoner rock, plain and simple.

As my head is starting to nod in that familiar fashion we all know, the vocals kick in. A great mixture of female and male vocals, giving a soothing, yet invigorating feeling to the track. I am reminded of Italian rockers Alix and also of Swedish stoners Blowback when listening to the vocal lines and delivery. They go very well with the fuzzed out guitars, that are not to heavy or distorted, so they have a true blues rock feel to them instead of the more doomed sound a lot of bands go for nowadays. The bass does have some nice Butler styled licks and melts together with the drums to form a solid, grooving rhythm section. The overall production has that vintage, blues-rock sound that one would expect to find with bands of this style.

After three minutes, a couple of short breakdowns give room for some solo’s, that are a pretty standard fare to be honest. Yet they do their job well, breaking the dominance of the two main riffs this song consist of and adding some spice were needed. Ruby The Hatchet are capable of creating some decent bluesy stoner rock and the riffs, especially the mixed vocals, make it memorable for me, yet music wise they could do with a bit more of an own face to become something really special.

Of course, it could just be the fact that I have only heard one song by them. A whole album, or even a good EP conveys the feeling of a band a lot better than a single track in nine out of ten cases.

I do have the cover art to look at, so I at least get a bit of a glimpse into what lies beyond this track. A gloomy procession of robed figures going off into infinity give of an ominous feel, which doesn’t make sense compared with the upbeat song I just heard.

All in all, this track does leave me hungry for more and I am curious as to how a whole album will sound. If a whole album has just a bit more variation and a bit more of an own sound, this could be a band with a great future ahead of them. 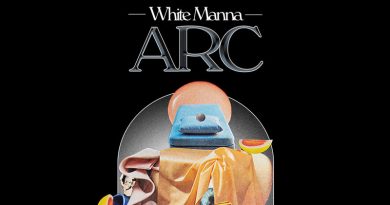