In the ‘don’t judge a book by its cover’ department, being unfamiliar with Buffalo, New York duo Spacelord prior to this review, I wrongly assumed, based on their name, they must be some sort of nod to New Jersey stoner rock legends Monster Magnet, and their late 90s radio breakthrough hit of the same name. If Spacelord were inspired to choose their name from their fellow east coast rockers, they certainly did not choose their sound based on said song.

While I have not heard Spacelord’s first two releases, False Dawn, the duo’s third, their sound is a lot closer to late 60s/early 70s rock and psych, with generous helpings of grunge. Vocalist/guitarist Ed Grabianowski sounding close to early 90s legends Chris Cornell, Layne Staley, and Shannon Hoon in places, a big compliment from where my 50-year-old, Gen X ass is coming from, but Spacelord also have a whole lotta Led Zeppelin going on.

False Dawn opens with Enemy Lines sounding exactly like the aforementioned description of the band. Grabianowski showing us right off the bat his vocal range and prowess. Although slightly distorted, his vocal skill shows up right away. Not to be left out, the other half of the duo, bassist and ‘drum conjurer’ Rich Root offers some tasty rhythm action, including some slippery bass lines. Broken Teeth Ritual changes gears with a menacing, early 90s Soundgarden riff, as Grabianowski displays his formidable pipes.

How The Devil Got Into You steers right back into Zeppelin territory, specifically conjuring up thoughts of Led Zeppelin III, with its acoustic, rollicking, tambourine-jangling bounce. Meanwhile the spacey Breakers drops into Pink Floyd territory, if not with a bit more riff-heft. Crypt Ghost a highlight, and centerpiece of False Dawn, heads back into acoustic territory during the intro before building into a dead ringer of an early 90s grunge epic. I’m left reminded of Chris Cornell’s Seasons with more guitar muscle, as in amplified, and a fucking flute. I shit you not. If a band has the stones to break the flute out, well, I have to give ‘em a nod.

a big-time nod to classic rock, especially Led Zeppelin, mixed with early 90s grunge, a lot of acoustic guitar, and a singer who definitely has the dynamic rock voice to pull it off…

All Night Drive is the sonic equivalent of the title, as Root conjures an, ahem, driving beat suitable for long highway stretches late at night, meanwhile, Grabianowski finds nice complimentary guitar notes and really lets loose on the vocals as Spacelord stretch for all its near eight minutes. M-60 takes a minute to get going, opening with some combat soldiers’ sample, that and the title suggesting a war/combat song. M-60 also features some of the heavier, more menacing guitar riffs on the record. Grabianowski shows us he’s no slouch in the riff department, while once again displaying his pipes, his crooning now includes hints of Alice in Chains as the vocal melodies float nicely above the music. False Dawn closes with Starswan, another Zeppelin-esque attack ensues, as the duo open acoustically, before descending into a bring-the-house-down rock & roll finale.

To say I was surprised by False Dawn would be an overstatement. I expected some stoner rock, based on the name of the band, and what I had read about their previous releases, but in all honesty, I didn’t know what to expect. What I found after repeated listens was a pretty unique take on heavy rock, especially considering how so many bands in the stoner/doom realm sound, with a big-time nod to classic rock, especially Led Zeppelin, mixed with early 90s grunge, a lot of acoustic guitar, and a singer who definitely has the dynamic rock voice to pull it off.

I don’t throw Chris Cornell comparisons out lightly, and I don’t want to suggest that Grabianowski is Cornell, or one of the early 90s grunge vocal gods reincarnated, but he does own some great pipes, the Cornell influence, and delivery is definitely there. Spacelord and False Dawn are made all the more impressive by the fact the band is a duo. This album slipped through the cracks here at The Sleeping Shaman as it was released back in November of 2021, but I’m glad we got the opportunity to review this record. Better late than never. 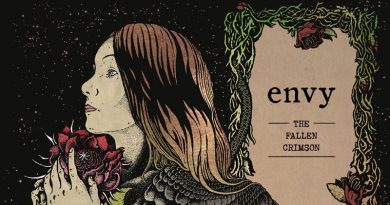 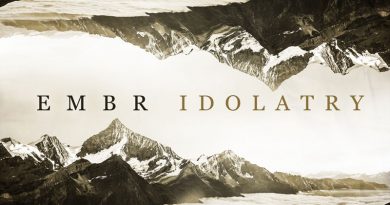