Sometimes the process of writing about music is as complex and difficult to pin down as the idea of writing music itself. Working with something that is so personal and subjective it’s challenging to describe why the listener could, or should, find this piece of art appealing and how does it stand in relation to others. On what metric do you judge the whole picture based on any given criteria?

For example, how to judge the effectiveness of complex and technical extreme metal requiring incredible studied dexterity verses the minimalist and, without being derogatory, the more simple of compositions?

Ultimately music has to be judged as much on how it makes you feel, as it does competency or complexity, and Perfect Light, the latest album from 40 Watt Sun led by main man Patrick Walker can, at times, almost fall into the latter category. It’s an album of serene delicacy, piecing together a triumph of emotive energy that deserves to be judged, not in terms of blast beats, but in terms of the ability to be driven by the heartbeat of passion.

As such it’s hard to describe the unique qualities of this album in terms of notes and strings, and the use of techniques as the true strength of its beauty lies in the feelings it invokes. What Walker has achieved needs to be heard to be felt and conversely, felt to be truly heard.

Perfect Light marks the third album under the banner of 40 Watt Sun and the first since 2016’s Wider Than The Sky that now sees Walker creating his vision this time without input from a formal band structure. Instead, he has crafted an album that brings in an accomplished cast of talented musicians that count Andrew Prestidge (The Osiris Club/Suns Of The Tundra), Roland Scriver (The Osiris Club/Serpent Venom), Ajit Gill (Vertaal), Lorraine Rath (Amber Asylum/Worm Ouroboros), along with pianist/composer Chris Redman.

Very much a labour of love, the finished sounds of Perfect Light were a year in their genesis, captured by Chris Fullard in a process that let the album breathe and develop, striking new ground for the artist that very much forms a fresh beginning in terms of song writing technique and freedom. What hasn’t changed is Walker’s ability to wrench raw, emotional melancholia directly from his psyche. It feels and channels these raw emotions into songs of aching despair, yet sprinkles that darkness with hope and uplifting moments seeking to claim back that perfect light.

Perfect Light is an album that begs for the stillness, for the quiet. In these spaces, it reveals itself to have depth and resonance beyond its appearance…

Opening with the tender, shimmering strums of a lone guitar, Reveal builds around Walkers rich baritone vocal intone ‘Whatever you’ve lost, whatever you need… the light will reach’, setting the tone for this mesmerising journey. The song, as with the rest of the album is very much about the poetic lyrics, framed in a gentle lullaby and often hushed tone delivery. Building through the moments, with female backing vocals haunting the undertones and as it reaches its crescendo, the more earnest delivery with vibrato techniques lends the gravity that makes this understated music carry weight far beyond the delicate surface.

Behind My Eyes introduces more instruments to round out the sound. Soft drums and quiet bass, alongside heartfelt keys, help usher in a warmth, bringing that feeling of hope as Walker songs softly ‘Nothing in this life is unchangeable, or unchanging’. Once again there is a still beauty in the music that allows the message to cut through ensuring that the vocal interplay shines brightly in centre stage. Until brings additional instruments and feels more dramatic as they’re placed prominently in the foreground, never once overshadowing the aesthetic and Colours adds a Spanish guitar and almost Flamenco flavour to the tales of sacrifice.

It is almost hard to single out the tracks, in terms of what they do, because, in truth, there is very little movement and curveballs thrown. Instead, there is the sombre elegance of each composition, like on The Spaces In Between with its yearning and wistful lyrics such as, ‘You’re traced in everything I touch’ and the ‘The darkness I defy has not forgotten me’.

I will admit the first time I listened to the album it passed me by. Whilst attempting to multi-task at work the stop/start nature of the experience meant that I missed all the personal, intimate nuances that weave through the album, like the simple naming of streets in A Thousand Miles that relate to the personal tale of sorrow and loss yet can still bring a smile. Perfect Light is an album that begs for the stillness, for the quiet. In these spaces, it reveals itself to have depth and resonance beyond its appearance.

Like I said at the beginning, to talk about this album isn’t to talk about the arrangement, not that it isn’t beautifully well crafted and the result of incredible attention to detail in every aspect – even the cover photograph has been taken by Walker himself – to reflect the ambience and feel of Perfect Light, but what makes this album is the depth of feeling, the emotions it conjures. Patrick Walker via 40 Watt Sun has produced an album you might not think is stunning right out of the gate, but I urge you to live with it, to let it sink in and enrich the soul. 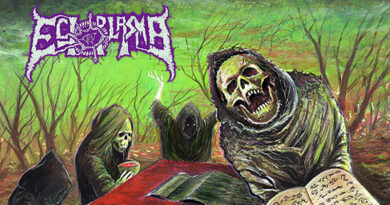