Candlemass are one of the godfathers of what is now commonly known as Epic Doom Metal, characterised by high pitched clean vocals, keyboards and drums performed in a bombastic fashion and with lyrics focused on fantastical and mythological elements. Hell, Candlemass even named their first record Epicus Doomicus Metallicus (pig Latin for Epic Doom Metal in case you hadn’t guessed). If it wasn’t for these lads, the likes of Solitude Aeturnus (frontman Robert Lowe would perform and record with Candlemass for several years), Doomsword, Isole and Solstice would never have had a career.

The EP is a follow-up to last year’s The Door To Doom which marked the return of original vocalist Johan Längqvist, who hadn’t performed with the group for over 30 years. Before re-joining in 2018, Längqvist had last been with the group in 1986 when he sung on that seminal debut before quitting, leading the band to an ever revolving line-up of vocalists, commencing with the legendary Messiah Marcolin. In addition to Längqvist, the band also consist of Leif Edling on Bass, Mats ‘Mappe’ Björkman – rhythm guitars, Lars Johansson – lead guitars and Jan Lindh on drums. The cover art is of an angel with bloodied hands which highlights the fantastical element of the band. The EP is made up of unused cuts from the aforementioned The Door To Doom sessions.

A lightly plucked acoustic guitar starts the title track of the EP before Mappe and Johansson’ chugging doom riffs enter the fore 20 seconds in. Längqvist’s vocals sound fantastic some 30 odd years later. The drum sound is what you’d expect for a Candlemass release, suitably bombastic and hard hitting (another great example of this is the track Bewitched from 1987’s Nightfall record). The pace of the music reminds me of Chicago doom outfit Trouble. This is followed up by Snakes Of Goliath with a riff that recalls Sabbath’s Electric Funeral (no surprise seeing as how Sabbath are the band’s biggest influence).

Next up we have a short 1:16 track by the name of Sub Zero which is a simple acoustic instrumental, this is followed by Aftershock, a bass instrumental of 1:35. As with all the interludes on this EP, there is not really a lot you can say about them, except maybe decent but hardly earthshattering.

Penultimate closing number Procelain Skull, sounds a little like a Dio fronted Sabbath tune, and although I’m a hard-line, Ozzy or no-one, Sabs fan, even I have to admit that the late Mr Dio did some sterling work with the band during his tenure, (plus Ronnie will always have my eternal gratitude for those first 3 stunning Rainbow albums). So, this is a fantastic number all told, possibly my favourite on the album.

We come to the final track on the record (if you can call it that), the 1:24 piece known by the name of The Cold Room. We have a pretty keyboard accompanied by an acoustic guitar. As with the preceding 2 instrumentals it’s decent but hardly necessary. In fact, I would have appreciated it more maybe if a proper track was constructed from it, because the bare bones are there for quite a beautiful and haunting ballad.

So, there you have it, a short but sweet EP from these doom legends. As a fan of the band, the ‘proper’ tracks are solid and well-constructed. The instrumentals were meh, decent but far from adding anything extraordinary to the proceedings, inoffensive, nonetheless. This release works as a nice stopgap to the next Candlemass release, whenever this may be. 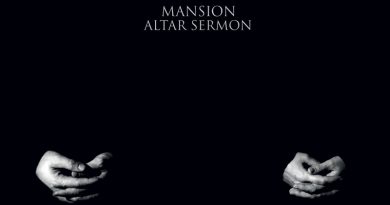 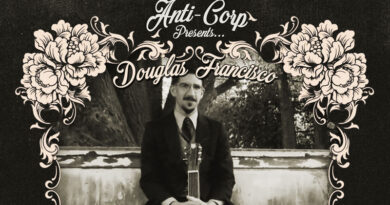 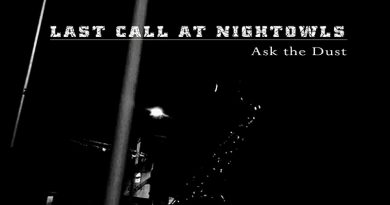