Sons of Alpha Centauri have a long, rich history of collaborations. Despite having only two albums proper to their name, in their twenty-year history they’ve worked with Yawning Man to produce two stunning albums under the moniker Yawning Sons (including this year’s stunning Sky Island), with Karma To Burn on a trilogy of split 7 inches, Will Mecum on Treasure Cat and James Plotkin/Justin Broaderick on their 2019 Buried Memories release.

The follow up to the Continuum album has evolved from the hinted heavier direction to embracing the sound so well defined and executed by the most influential members of the 90s Sacramento hardcore/screamo scene best popularised by the Deftones. That band may have become one of the biggest names associated with the nu metal movement, but they rubbed shoulders with the bludgeoning Will Haven and the mercurial screamo pioneers Far.

On Push the Sons… have once again embraced the spirit of collaboration by harnessing the skills of drummer Mitch Wheeler (Will Haven) and in another seismic departure, vocalist Jonah Matranga (Far). Not only have the band expanded their sound to make a record that walks a line between their progressive, instrumental led ambient and hard rock sound, but they’ve delved darker and harder, integrating an emotional, lyrical connection which will hopefully reach a wider audience. With Wheeler splitting drum duties with Stevie B, the nine tracks that make up Push all feature Matanga and his striking voice to help guide the listener on the bands most intriguing journey yet.

Opening with the politically charged Get The Guns, the almost industrial flavoured swirl laid down by Blake on effects is overlaid by croaky tones before evolving into the low end chug, synonymous with the scene that brought us hits like Be Quiet And Drive (Far Away). Augmented by guitar stabs curtesy of Marlon King, moody and with a hint of menace as Matanga narrates the disharmony of recent times, they build to a soaring, melodic chorus, awash with frustration and emotion.

In a perfect distillation of what’s to come, this opener covers the atmosphere this new found direction is crafting; tender moments of plaintive musing and savage, pummelling raw attitude.

Listen, the first track of the five featuring Wheeler is more in line with the band’s previous output; the psychedelic, progressive instrumentals are a gentler affair at first with Matranga’s delicate crooning pleading, before the trademark lurching rhythm of Hannon on bass and the Will Haven drummer shifts the mood to a more robust groove. This is some of the most massive slabs of music they’ve laid down to date.

This edge continues with The Enemy, those fearing that SOAC would be swallowed by this collaboration are treated to the angular guitar sounds of King showing the direction hinted at in Continuum/Buried Memories. Deliberately conjuring an uneasy atmosphere in the hardest hitting track on the album, this has vibes that can be traced back to 23/SS Montgomery from their debut and Stevie B on drums effortlessly shows that he’s not outshined by his guest counterpart.

a fantastic, vibrant album. Not merely a slavish facsimile of a time gone by, the band have strived to keep their own identity and enhance it…

The title track, Push, featuring producer Dan Lucas behind the kit, is a delicious three way between all parties with Matanga’s screams dominating, in his return to the post-hardcore/screamo style he helped pioneer, as the middle of the album goes for the jugular.

However, you don’t work with a vocalist of this calibre and waste the impressive range they bring; lead track Buried Under brings out the more anthemic melodies as multi-layered vocals collide over rolling rhythms, creating a catchy singalong with biting lyrics like ‘Our fathers made these monsters and we pass them to our sons.’ Boys And Girls doubles down on this, alternating between the staccato, stripped-down sections with Chino Moreno style breathy vocals to more huge moments of accessible singing choruses.

The second half really comes like the brightness of dawn after the dark of the night. Saturn is vintage space rock that goes from moody to vibrant; Dark Night is my standout track on the album, buzzing with uplifting energy and features a certified ear worm that releases all tension with an incredible vocal performance, from an artist who’s already delivered so many bright spots by this point.

Even ending on the sombre Own can’t rob Push of its power and impact. A thoughtful and introspective comedown after an album packed with energy. The lyrics talk of struggle, trying in the face of adversity, hope and self-reliance, which is sometimes the best and most beautiful part of finding music that you can completely immerse yourself in.

Push is not what I imagine any of their long-time fans were expecting, the instrumental maestros from Kent have never stuck slavishly to one path, and as someone who was deeply in to the scene that was influenced by the collaborating musicians, it may lend a touch of bias, but this is a fantastic, vibrant album. Not merely a slavish facsimile of a time gone by, the band have strived to keep their own identity and enhance it with the inclusion of people who helped craft and influence a scene.

Ironically in my tribute to the dearly departed friend of SOAC, Will Mecum, I referenced a conversation I had with Will Haven where they said they’d become a ‘cult band’ and the same could be said for Far. Here the two don’t overshadow the band, they enhance them and for the latter, Matranga delivers my favourite vocal performance of his since 1996s Tin Cans With Strings To You.

Sure, it’s not the SOAC of old, but something new, something fresh and Push instantly rocketed to the top of my favourite albums of the year so far. 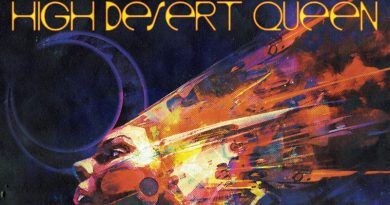