Formed in St Petersburg, Russia at ‘Slam City’ underground club by two like-minded souls Yury and KInll, both with a love for late 60s psych and proto-prog they have delivered an album from jam sessions, recorded just like the old days, onto a Tascam Porta studio and I’m presuming onto cassette tape.

Their Bandcamp page describes their sound as ‘brings the new way of neo-psychedelia combining hazy effected guitars with motoric structured beats and using samplers and live looping’. A fairly pretentious description of an album which is simply rich in texture that will appeal to fans of psych guitar or heads. Menk set out to ‘create a pure spiritual experience’.

There are plenty of guitars on this record, so the rock element is well and truly alive while creating drones and pushing the psych angle ala Black Angels thoroughly in balance with the more ambient, quieter moments. The Stooges are in there dancing with Neu! and even the likes of French shoegazers Les Discrets. An atmosphere of space surrounds the music which is tastefully executed.

Svet (Light) kicks us off with the only vocal track on the record and obvious single material with a more conventional arrangement than the rest of the record. A great track but maybe a concession to commerciality? Glaza (Eyes) uses backwards guitar with wah wah which works well creating a nice trippy vibe. Blaazh (Whim) introduces what I can only describe as a traditional Russian riff if Thurston Moore was involved. I can imagine Cossack soldiers doing that crazy dancing they used to do. If I can suggest an idea for the video that is it.

Ten (Shadow) introduces lap steel reminiscent of KLF and brings things right down, like a well soaked blues, drowning in reverb. Elements of this album remind me of Cortége and their spaghetti western, desert sounds too. Po Mokrim Krisham (On Wet Roofs) is a good example of this. Created from jam sessions, as were a lot of the tracks on this album, like early The Verve, minus Richard Ashcroft, the mood drones to something quite powerful and intense.

Son (Dream) is the morning after the heavy night before the storm, if you like, awakening to a new day, sun in your eyes and no clue what time it is, but grateful to still be alive. A reflective piece if you like. Rassvet (Sunrise) is a huge nod to Michael Rother and Neu! Again, which is cool because they were a huge influence on many, so why the hell not? Holod Kamney (Stone Cold) is Spacemen 3/Spiritualized done Russian style. Narayana begins with soring feedback amid ghostly guitars, a space rock ambience to the Gods.

So, you get the picture? An album drowning in atmosphere with nods to the best of the best pulled off with great aplomb of which both Yury and Kinll should both be proud. A record that could easily have been recorded anytime between 1968-72, which I am sure will please them but can be listened to in 2022 without it sounding like something now regarded as old hat. Futuristic but with a nod to the golden days of German experimental music and anyone reading this with a taste in those fields should give this record your attention, you will love it. 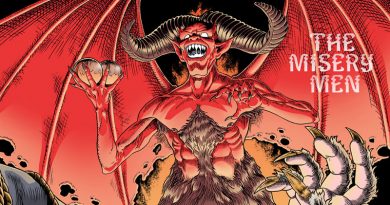