One of the later chapters in Harry Sword’s excellent book Monolithic Undertow: In Search of Sonic Oblivion concerns itself with the work of Brian Eno. From within this chapter comes the assertion that the oeuvre for which Eno has become best known – Ambient – was designed to merge with the fabric of life, rather than intrude on it. That being the case, this collection of four tracks from Polish duo Fading Tapes does an enthralling job of straddling the line between unobtrusively augmenting the physical sonic landscape and spiriting the listener away on a journey to lands anew in an all-encompassing auditory experience.

The sparse information accompanying this release speaks of ‘cinematic soundscapes conjured from swells of effects, guitars, and vocals… unfolding space throughout the tracks, …deserted landscapes charting abandoned remains and artefacts…’ and this is as good a starting place as any from which to begin what I’m going to call (whether you like it or not) our psychogeomusicographal adventure.

This is a journey from west to east across the majestic emptiness of the Steppe, advancing along a continuum from known to unknown, out of prosaic, everyday dullness and into the psychogeographic freedom that truly wild spaces have to offer. There’s a sense of travelling within this music as we embark from a gentle, arboreal, bird filled landscape, passing through untamed terrain conjured by harsh, broken guitar tones and wailing drones, sometimes complimenting, sometimes contrasting.

And, while the electric six string does seem to be the vehicle of choice for our wanderings, we’re accompanied, in parts, by the avian flutterings of a flute-like instrument, giving the sense of a flying travelling companion scouting ahead and reporting back on the terrain, leaving us once we’re safely underway, only to return later in the form of an eagle wheeling overhead as we cross Siberian emptiness.

There’s a sense of travelling within this music as we embark from a gentle, arboreal, bird filled landscape, passing through untamed terrain conjured by harsh, broken guitar tones and wailing drones…

The conjurative power of Fading Tapes’ opus is such that upon first listening to it I became immersed, becoming the eagle, seeing the desert Steppe from above, following the caravan on its pilgrimage, guided by guitar and drum, flute and cymbal to its ultimate destination in the East. And I was washing up at the time!

Perhaps unusually for a cinematic soundscape by artists describing themselves on Bandcamp as ambient, percussion plays a huge part in this work, accenting the washes of sound with drums and gong-like cymbal splashes and crashes. Eschewing a traditional western style, there is a truly shamanic feel to the use of drums in particular here. Of course there is! For Northern Shamanism was born along the route of this journey – from the Sami in the west, across the Steppe, to the Siberians and Mongolians in the east, the shamanic tradition is rich, old, and alive. We are reminded of the transportative power of the Shaman by his drum, the beat dipping and out across the tracks, setting a travelling cadence for mind and feet alike.

The shamanic ritual reaches a peak on Dry Red Land, swirling, pinging guitars urging the tempo on into a frenzied, Dervish-esque dance, building, building, and failing, only to rise again under its own power transporting us to our eventual destination in the imaginal realm. Our pilgrimage drawing to a gentle close amid a bone-dry sea of washing guitars punctuated by fragile, plucked lines, and a diminishing drum.

In the few days that I’ve had this music I’ve made the journey several times. It is no less enthralling a trip on the fourth excursion than on the first, only perhaps strangely comforting in some of its familiarity. Be enthralled and comforted. 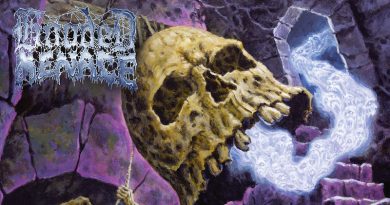 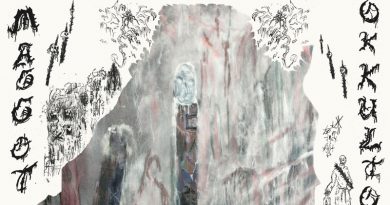