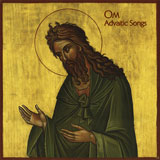 OM’s discography is a beautiful thing – with each album you can hear the band become more refined, more mature and more imaginative without losing any of their core meditative force. Their 2005 debut, Variations on a Theme, had all the hallmarks of the band as we know them now (the long track times, the repetition, the almighty groove) but in retrospect it sounds like a continuation of Sleep’s stoner legacy. Obviously, Sleep are unfuckwithable but listening back with fresh ears, Variations on a Theme was not as revolutionary a departure from the old ways as it seemed at the time. Moving along a few albums, Pilgrimage saw the band begin to tone down the distortion to make way for more moments of introspection and peace, although the balance was still very much in favour of a bludgeoning fuzz trance. With Advaitic Songs, OM have, quite simply, produced the best album of their career to date and they’ve finally found the perfect balance of loud and quiet, noise and meditation.

The band have also expanded their musical palette, implementing a wide array of instruments to give this 5-song suite a cinematic quality that the band never accomplished purely as a duo. When opening prayer “Addis” floats in you can almost picture sunrise in Jerusalem, the silhouettes of minarets and steeples framed against the hazy morning mist as the call to prayer rings out. A sweeping cello is accompanied by the water-drop effect of the tabla drum, the Arabic prayer continues in counter-rhythm to the subtle groove of Al Cisneros’ bass and Emil Amos’ percussion, strings and isolated piano chords weave in and out of the mix to create a piece of music that is so evocative you can almost smell the dust and the incense.

The album is amazingly awash with such fine instrumental and compositional details – where the band had once written a huge, cyclical riff and simply varied between playing it loud and quiet, now they allow the core ‘riffs’ (if they can be called that) to flow organically between instruments. For example a riff that had been played by the bass will later shift focus to the cello or a piano to give the music an interactive dimension, like a call and response (see “Gethsemane”). If you’ll excuse the OM pun, the band present many variations on the same theme in much the same way classical composers do.

OM have never sounded so masterful or elegant as they do on these songs, eschewing conventional notions of what constitutes “heavy music” to create an underlying, album-long sense of spiritual heaviness that can hardly be justified with words. Anyone who has enjoyed the most recent Earth albums, for example, will find plenty to enjoy on tracks like “Sinai” and “Haqq al-Yaqin”, and they will likewise appreciate that the suspension of distortion is often more powerful than the distortion itself. Indeed, there are very few moments on this album where the band let rip and stomp on the pedals – even the mammoth riff of “State of Non-Return” is ultimately short-lived in favour of a more subtle and restrained approach which does the band credit.

Advaitic Songs is, quite simply, the best OM album to date and illustrates that they have achieved a level of compositional maturity that very few of their contemporaries have reached. Back in his Dopesmoker days Al Cisneros and his Sleep cohorts sounded like a band wildly veering off towards the Holy Land fuelled by a combination of weed and idealistic good intentions. More than a decade on, Advaitic Songs sounds like an older and wiser pilgrimage altogether, Al having made the most of his time in the Holy Land, soaking up the atmosphere to create something far more indicative of Nazareth and the Holy Mountains. There isn’t a heavier topic on earth to address than spirituality and with Advaitic Songs OM have proven that you don’t always need to sound heavy to be a heavy band. 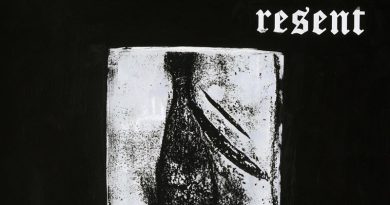 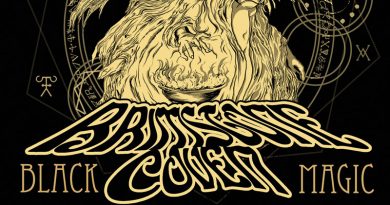 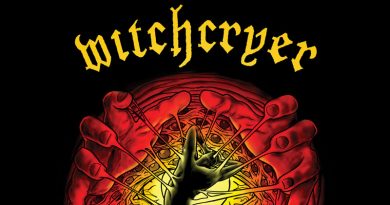