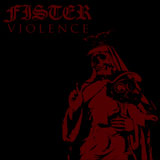 Fister are a three-piece doom outfit from Saint Louis. Fister is also a small village near Stavanger on the south-western coast of Norway, and is almost certainly why the band ‘Fister’ have chosen to call themselves that…

Fister’s Violence is one twenty-five minute concept release split into five parts; each one roughly named after and about a violent incident or period in history. ‘An Lushan Rebellion’ takes its name from an ancient Chinese period of civil unrest, and  ‘Trail of Tears’ is named after the massive forced relocation of First Nations peoples in America following the infamous Indian Removal Act of the 1830’s. Apart from being pretty commendable and interesting subjects, they are importantly an ideal match for the uber-miserable, crushing, heavy doom that Fister deliver with this release.

Fister are definitely a doom band, but the obligatory thick, super-low-tuned slowness is rendered extra harsh by blackened vocals, and extra large thanks to having been recorded in “a really big room.” There are also nice little additions like bits of atmospheric shredding in the vein of Will Haven’s Carpe Diem album which shift Violence up and out of straightforward heavy now and again. This release sees Fister firmly in the more visceral camp of modern doom and sludge bands; not quite as left field and abrasive as the likes of Khanate, but there’s certainly a predilection for something more bleak and brutal than straight-up Sabbath worship. Basically if you’re looking for an American answer to some of the great, current British bands such as Moloch and Slomatics, then this will almost certainly be your cup of strong, horrible tea.

Violence is the fourth slab from Fister, and was available as a limited run of nifty cassette packages – sadly they’re now all sold out, but you can stream the entire release for free (and legally) from Fister’s bandcamp page or as one continuous video (below). So there we go – with no financial barrier you have absolutely no good reason to give this a miss – fill yer proverbial boots! You can also find all the other Fister releases at their site and, if you fancy throwing some money their way, the kind-of-ridiculous but also kind-of-brilliant “If it’s too slow, you’re too young” Fister beer-cooler – yeah, screw your Kiss lunchbox. 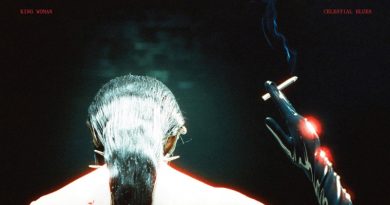 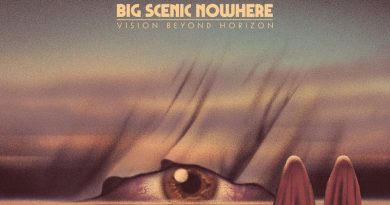