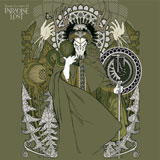 In the past I’ve always been a little wary of purchasing “rarities” releases. Even when it’s coming from a band as prolific as Paradise Lost, the problem with what is basically a B-side compilation is there’s always a risk that instead of being the meaty serving you would rightfully expect, it will just be an unfulfilling morsel crammed full of off-cuts (sorry, I guess I have been listening to Carcass’ Surgical Steel far too much recently).

But fear not: rather than being a cynical cash-in from a band whose days are looking numbered, Tragic Illusion 25 is a genuinely worthwhile collection of tracks that many fans would otherwise never get a chance to hear, and is a worthwhile release in its own right. Brand-new opening song Loneliness Remains kicks proceedings off with the kind of characteristic precision we’ve come to expect from Paradise Lost, Nick Holmes’ powerful vocals perfectly accentuated by the brooding and sinister guitar-work. “Megalithic” is a word I’ve often used to describe lead guitarist Greg Mackintosh’s riffs (as pretentious as that may sound), and I’m happy to say that the moniker still holds true. His playing has an amazingly gothic groove to it that no-one else can lay claim to. In short, he is possibly one of the most unfairly overlooked guitarists in metal today.

The record ploughs ahead strongly (a slight blip being the cover of Spear Of Destiny’s Never Take Me Alive), and we are treated to a number of tracks that were included in previous album special editions, but many will have missed out on: Ending Through Changes and Cardinal Zero (which were cut from the Tragic Idol and Faith Divides Us – Death Unites Us records respectively) being particular standouts. However, a big problem with the record – which is almost insurmountable with these kinds of releases – is that it doesn’t have much of a sense of “flow”. The individual tracks are often great, but sometimes the transition from one to the next is a little jarring. In the age of downloaded singles and the 2-minute attention span, this won’t bother many people, but if – like me – you like a record to hold together as a cohesive experience, this won’t do that for you.

Having said that, this was never its stated aim, and when compared to other such collections it soon begins to sound very polished. One way in which Tragic Illusion differentiates itself is that the collected tracks are taken from a relatively narrow period of time. If nothing else, this instantly solves the usual problem of the record containing a huge variety of production styles and uneven mastering. In that sense, all the tracks here fit together and have an even quality, and older tunes Gothic and Our Saviour have been re-recorded to bring them up to modern standards, while being allowed enough leeway in the studio to give them a character all of their own.

Overall, this is a very good selection of rarities which, despite a few tepid tracks, is a welcome celebration of a very talented group of people. And even more exciting than that are the possibilities for the future that the experimentation on show here may hint at. For example, while the Lost in Prague Opera tracks are great, they almost seem as though they could have gone further. I long to hear a Paradise Lost album featuring a full orchestra and choir, encapsulating the chilling medieval religious themes they have been hinting at in there last few releases. Perhaps in reflecting on their past in this collection, Paradise Lost will find the inspiration to keep moving forward and bring us even bigger and better things in future. 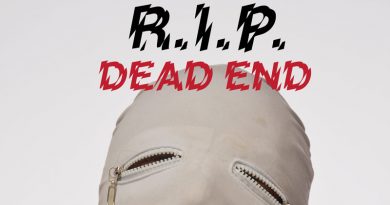