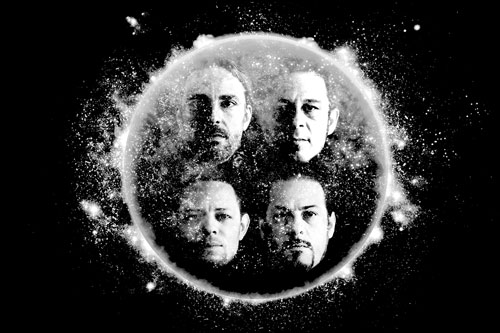 A Desertfest scoop and a special treat for those who like space-prog excursions and epic post-rock instrumentals; Monkey3 have been swinging for over a decade – a well-kept Swiss secret.

Never ones to over-indulge in vain self-promotion, they’re a band who play purely for the love of it. They warp between all known points of the cosmos with mesmerising versatility: from the Gilmour-esque emotive solos of guitarist Boris, to classic desert riffage, via the crystalline space-echo intonations of keyboardist Db.

Over their four albums the band have retained elegant quality over quantity, but in a live setting they serve the audience with a huge spectacle to get lost in; whether that’s raising the hairs of twenty people in a Viennese basement dive or hypnotising hundreds at Hellfest’s Valley stage. Monkey3′s first UK show is an un-missable opportunity to say “I was there” before they go ape-solutely huge here in the UK.