In 2020, Copenhagen quintet EYES released their full-length debut, the superlative Underperformer which was reviewed by yours truly and made my Sleeping Shaman Top Ten that year. To recap, the line-up consists of Victor Kass – vocals, Rasmus Furbo – guitar, Søren Bomand – guitar, Kenn Bendtsen – bass, and Simon Djurhuus – drums.

Since then, the band have put out the intriguing remix EP Reperformer before unleashing this, the sophomore follow-up, and sarcastically titled Congratulations. Themes of the album mentioned in the promo notes include uplifting topics such as conspiracy theories, war, environmental catastrophe and economic downfall. The album cover is equally ironic with a forlorn guy sat with a face full of birthday cake, yep, seemingly life is that good.

Opener Generation L is a grinding mid-paced number with a noise-rock vibe and a heavy degree of despondency and hopelessness, which makes sense seeing as the track’s focus is the economic woes of the current generation. IT’S HAPPENING being all in capitals perhaps highlights a sense of urgency and sees the band back in reassuringly wilder mathcore territory with a little post-hardcore thrown in, think Jesus Lizard meets Daughters. Its ferociousness and unpredictability make it frankly a good deal more engaging than the tough guy posturing of dullards such as Madball and Hatebreed.

Congratulations! is the album’s first preview track, for which a music video has been made in the band’s own indomitable deadpan style. In amongst the madness and mayhem there is actually quite a strong melodic streak in the vein of bands such as the overlooked Tar, what with the thick heavy guitar textures. dull BOY reminds me of why I fell hard for this band the first time around, frantic metallic hardcore, exhilarating offbeat time signatures, nods to Dillenger Escape Plan and Refused, all the hallmarks are evident. Value has you thinking of Snapcase with Prong’s crossover industrial tendencies added in for good measure. Thanks to the influence of the latter, there are some undeniably cool as fuck breakdowns that are guaranteed to get the mosh pit moving.

Tearjerker is the longest track on the album at a whopping four minutes and possibly the most un-EYES style track I’ve heard to date. It’s more akin to sludge metal than hardcore, but reflective of unorthodox outfits in the genre such as Harvey Milk and offers up a refreshing alternative to the band’s usual chaotically driven antics. Bbbbbbbliss brings us back to terra firma ala John Reis outfits such as Drive Like Jehu and Hot Snakes, the resultant garage-punk energy, alongside the post-hardcore goodness, help give it an added vibrancy.

Chew is a decent, if not especial, standout number on the album, mid-paced it bares similarities to opener Generation L but maybe not as bombastically effective, while The City recalls EYES‘ labelmates NYT LIV (whose album Den Døde Sol I covered late last year) in terms of creating very effective melodic metallic hardcore. Orange Juice once stressed the importance of needing to rip it up and start again, this is relevant with respect to the idealist in Ballast whose dreams and hopes have since turned to nothing but ashes. The track ends the album on a bittersweet note with an absolutely stinging vocal performance from Kass and with the rest of the band more than capable of matching the fury of their frontman.

Topping an outstanding debut like Underperfomer was always going to prove tricky so the band wisely decided to experiment and broaden their sonic palate to produce what is a less immediate, but ultimately a more rewarding album. 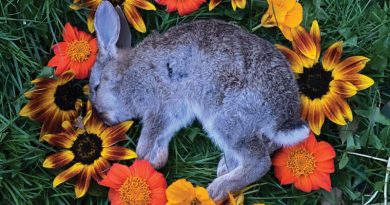 Review: Monolord ‘Your Time To Shine’