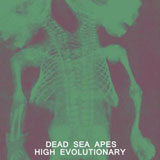 Being a true master of darkened atmosphere is an underrated talent, and with so many doom/death riffing automatons flaunting brutality as the ultimate overrated and insufficient substitute, it’s no wonder a band like Manchester UK’s instrumentalist trio Dead Sea Apes – Brett Savage (guitars), Nick Harris (bass), and Chris Hardman (drums/percussion) – maintains a near permanent low profile; their 2012 debut, Lupus, was an exercise in subterranean psych drone, drawing from the same hypnotic post-punk reservoir that bands like Lungfish, 120 days and originators Joy Division made singularly popular – it’s proof that minimalism, in the right form, can be more complex in its ability to simultaneously frighten and compel. Indeed, minimalism and simplicity are not synonymous, that point made especially clear in the wake of Ian Curtis’s death and the decades of analysis into what made a collection of songs like those on Unknown Pleasures (Joy Division) strike at the hearts of critics and listeners alike. The release of Dead Sea Ape’s sophomore album, High Evolutionary, comes at a time when the listening public once again hungers for reality’s bleaker side; having recently overcome serious illness (which delayed the record’s completion), Savage appreciates that side of reality first hand – personal tragedy undoubtedly brings us closer to who we are as individuals, and closer to art in its purest form.

On this latest, the band continues its familiar extrapolation of looped rockscapes and introspective drone, but tracks like opener, Threads, in its ominous build and precision central melody, suggest an equal desire to hook and hypnotize – each improvisation is anchored in fluid structure and works within a set framework. The band took a little extra time this session fleshing out textures and overdubs (in part due to Savage’s recovery time) – the result is a richer, fuller and more engaging overall sound. Accessible, eclectic, but equally menacing, the krautrock dirge of Planetarium and the wispy electric acoustic sway of Turpentine ebb and flow between moments of dread and nostalgia, a fine line Dylan Carlson’s Thrones And Dominions (Earth) knows well; it works especially in the context of this album, making the band’s atmospheric darkness a bit more inviting.

The elliptical shuffle and repetitive sliding melodies of Alejandro take that ‘open door policy’ a bit further; stripped and serene, the song is almost easy listening by most standards, but a deep seeded melancholy pulses despite the track’s delicate sheen. And by the time the extended noise rock jams of Regolith kick in, you’ll realize the interlude was anything but unnecessary. As arguably the best of the record’s seven cuts, the group rocks with fluency, channeling all the best elements of their sound into a badass mix of improv wonder – guitar enthusiasts will salivate as the song culminates in a blast frenzy of swirling drum fills, bass riff wizardry and cacophonous feedback; but the group never stays in one ‘place’ too long, and Wolf II (a reinterpretation of 2012’s Wolf Of The Bees) resets to ‘ground zero’ with delicate acoustics to relieve the pressure; but the strength of the finale is tied to ‘quiet inertia’ – that slow momentum that peaks with a blast to the soul. The band strikes with an unnerving exactness; they know when the listener needs a good jar or caress, and that intuitive knowledge is universally revered and the hallmark of both good songwriting and storytelling.  But while each song exists on its own terms, the story of this album is better lived through the full seven-track experience.

The spark of creation is often born from tragedy – indeed, the preamble to death is a sobering double-edged sword, but in the end, can make for some damn fine art. For those uninitiated, do yourself a favor and get familiar. 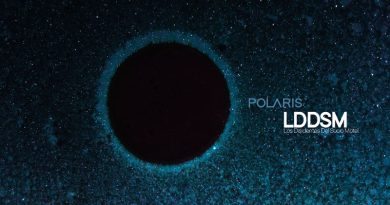