BIG | BRAVE‘s constant mutation of their own sound continues to be a thing of wonder to behold. Vital, their fourth full length steps perhaps into more shadowed territory than the previous A Gaze Among Them to deal with some deeply personal lyrical ruminations on identity, conveyed through some of their densest music yet.

Huge blocks of low end guitar drone provide the groundwork for much of the aural landscape on Vital‘s five tracks. The bulk of the songs are often be made up of one barrelling chord forming a percussive unit with the drums, but other tones and textures colour the spaces between those drawn out monolithic beats. It has an almost mechanical feel instrumentally at its’ core, the band becoming the sound of a huge craning claw digging through piles of earth. The bedrock here is, on the surface, a more minimal, bludgeoning approach than their last album’s slightly dreamier feel, but that’s before you bring vocalist Robin Wattie‘s frankly staggering performance into the equation. The combination of her absolutely heart breaking/heartbroken performance as she sings poetically about her experiences as a person of mixed race is what Vital is really all about.

With the utmost respect to her bandmates – Mathieu Ball and herself are a unique guitar team in their use of the instrument as a textural device, and new drummer Tasy Hudson‘s huuuuuge drumming is their secret weapon – this is very much Wattie‘s record, given not only the hugely personal nature of the subject matter at the heart of the record, but also down to the sheer unearthliness of her voice. It has always been the defining characteristic of the band in many ways, being gifted as she is with a voice, that even during the most intense moments, you can tell she’s pushing towards hoarseness with incredible timbre and expressiveness. Her range and control allows her to go from a low lament on the eerie, drumless fog of Wited, Still And All.. one minute to a wounded Bjorkian cry on the following Of This Ilk.

And the fact here is that Wattie is indeed singing her life. In a note accompanying the song Half Breed she specifically refers to a passage from the writer Alexander Chee’s How to Write a Biographic Novel, and how in her own words ‘being of mixed race was / is a subject I could never truly investigate outside my own quiet ruminations as most folks I knew / know, were / are not of mixed race. Moreover, in my short lifetime thus far, I’ve only had the opportunity to speak with little more than a handful of mixed race folks, and even less who have had parallel experiences, observations and feelings as I’. It’s absolutely impossible to separate the lyrical themes from their singer and in turn from the album as a whole. Wattie makes clear her own vulnerability fearlessly. And whether the listener engages with the politics at the core of the record or not, it’s impossible to not understand and respect it.

This isn’t some dumb riff rock record. It’s the blues for people who grew up on Glenn Branca and the Melvins’ Lysol. It’s got rhythm. In spite of the sheer mass of it, it soars throughout. And let’s put all the talk about lyrical themes and musical minimalism aside as the thing about ‘Vitality’, and BIG | BRAVE, is not that they’ve made an important, substantial record – they’ve made one that’s also hugely enjoyable to listen to. The songs flow beautifully, from the first meaty chords of Abating The Incarnation Of Matter through to the almost ecstatic closing moments of the title track. The album, and indeed the band, absolutely live up to their names. 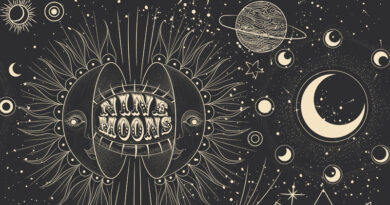