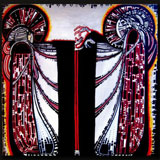 Now Black Pyramid are some seriously industrious fuckers…in barely two years they’ve released a demo, an incredible 7″, an album and now this split release with Old One. As the saying goes, from acorns do mighty oaks grow…well this was a pretty fucking mighty acorn to start with and the oak is threatening to take over the world!!! Opening with the fifteen minute plus “Illumination”, Black Pyramid take the Sleepesque blueprint laid out on their previous releases and refine it into a majestic and inspirational epic that now threatens to eclipse their influences and set them up as an influence in their own right. Don’t be put off by the fifteen minute length…five minutes of near religious monolithic riffing give way to three minutes of heads down rock out before slipping into a mellow, transcendental blessed out organ led groove. This track gives you more than most bands manage in an entire album. How Black Pyramid manage to remain so thunderously heavy yet create such a majestic and divine sound is beyond me…as the gates of Valhalla open this is the track you’ll hear coming from within!!!

Next Old One pitch in with their first offering, “Over The Hill”. I’m sorry, I’m not sure I fully get these guys. A duo from Kentucky consisting of a bassist and a drumming vocalist, the limitations of the line-up are obvious from the start. Running along at six minutes on a simplistic fuzzed out bass line and a vaguely rocking drum beat with a monotonous, Electric Wizard like vocal line underpinned by a single sustaining organ note (or is it feedback?), something just doesn’t quite work. It doesn’t really help that the whole thing sounds like it was recorded on an old tape player in the corner of the room with the drums barely audible. Following Black Pyramid’s display of primal power and class this just sounds like a couple of guys cocking around in a room.

Fortunately Black Pyramid return to save the day with nearly eight minutes of “War Swine”…eight minutes of Black Pyramid is worth forty minutes of most other bands!!! More overtly aggressive than their previous track it is no less powerful and grandiose…Viking war music at its absolute finest. It beats me how bands like The Sword with their borderline plagiarism of Sleep’s “Holy Mountain” album receive so much press and plaudits when a band like Black Pyramid remain so underground and could blatantly rip The Sword’s lung’s out through their arses any day!!! Fifteen minutes or eight minutes a track may sound excessive but not when Black Pyramid are playing them…in fact next time round let’s see if they can top the thirty minute mark…it still won’t seem enough!!!

And so we’re back to Old One again with the twelve minute plus “Hexed”. After at least attempting to inject some pace with their last track they’re now down to a painful crawl. This is the kind of stuff that Electric Wizard have made their own and do so well but Old One, I’m afraid, just don’t!!! The vocals veer dangerously close to Jus Oborne on this…when they do appear, and frankly, with no guitars or other instrumentation to offer any dynamic and the continuation of the appalling production this just becomes a trial to listen to as opposed to a pleasure. If I’m completely honest, if I hadn’t been listening to this for review purposes and, therefore attempting to be fair by listening to the whole thing, I dare say this wouldn’t have made it past the 4 minute mark before being turned off…I do actually have far better things to do with my time. Even adding some phased affects to the bass halfway through won’t save this I’m afraid.

I love split releases. I love the fact that you may buy them to hear one band and get turned on to another. I love the diversity of split releases but if you’re going to go head to head with a band like Black Pyramid you had better a) have your shit seriously together and b) have massive balls!!! Old One at least do have massive balls as the pile driving Pyramid machine leaves them in the dust here!!! Despite Old One’s tracks, this release is absolutely worth the money purely for Black Pyramid alone!!! 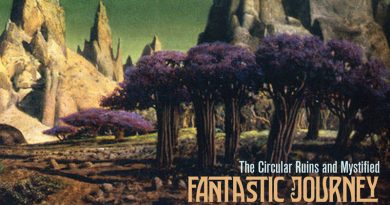