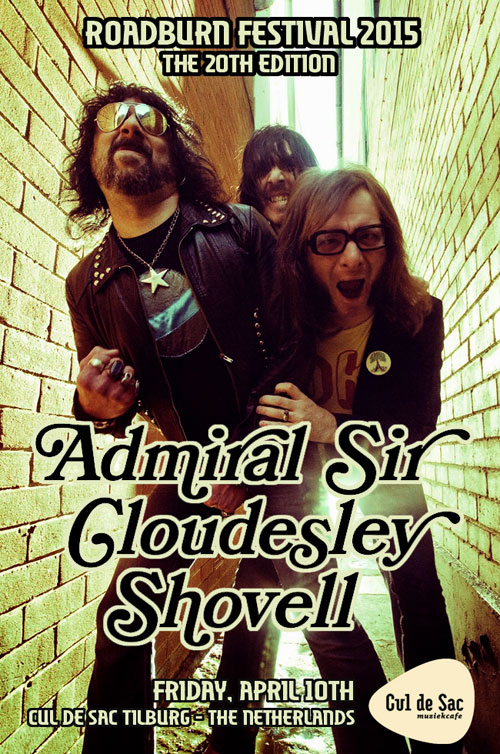 ‘Airy ‘erberts Admiral Sir Cloudesley Shovell wowed enthusiasts of greasy balls-out ’70s rock with their very first sold-out 7″ for Rise Above back in 2011, followed by the one-two punch of a brace of albums – 2012‘s Don’t Hear It… Fear It! and last year’s not-so-difficult second album Check ‘Em Before You Wreck ‘Em – that could peel the woodchip wallpaper clean off the walls of your psychedelic crashpad with aplomb.

Steeped in the grimy proto-metal sound of legends such as Sir Lord Baltimore, Blue Cheer, Budgie, and The Groundhogs – ‘Hogs mainman Tony McPhee himself notably put in an appearance on their most recent album – and dripping with all of that good stuff that Walter & co at Roadburn just can’t get enough of, it’s safe to say that we dig ‘em muchly. 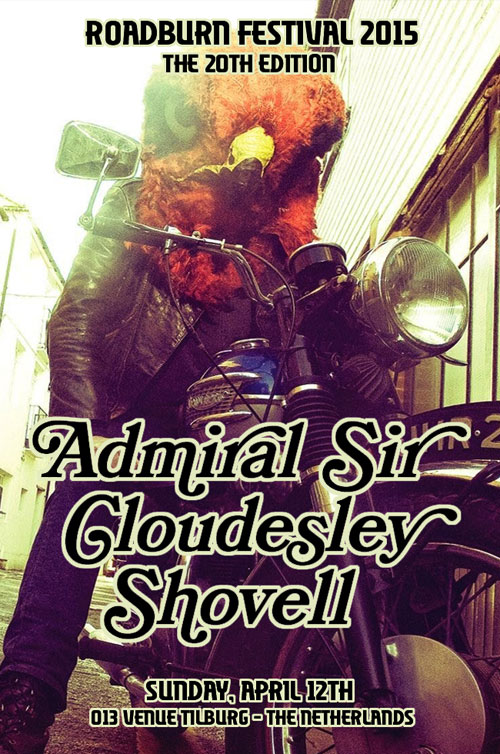 That’s right – first off Admiral Sir Cloudesley Shovell will play on Friday, April 10 at Cul de Sac, Roadburn’s official fifth stage, followed by a second set on Sunday, April 12 at the Green Room – both completely different and just maybe containing a few brand new tunes for you lovely lot to wrap yer ear’oles around to boot.

Be sure to come and salute the Admiral at Roadburn.

The 20th edition of Roadburn Festival runs from April 9 to 12, 2015 at the 013 venue, Het Patronaat and Cul de sac in Tilburg, The Netherlands. Get your tickets HERE.