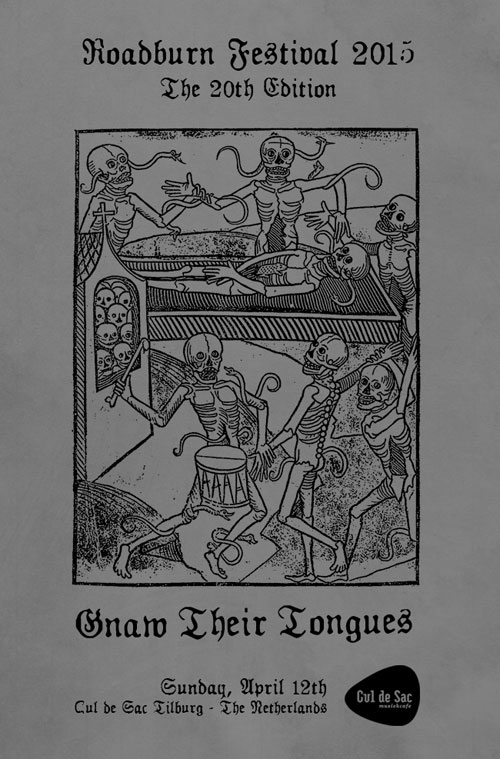 It is with enormous pride that Roadburn gets to announce a truly unique performance as Gnaw Their Tongues will bring their groundbreaking noise / doom / black metal assault to the Cul de Sac in Tilburg, The Netherlands on Sunday, April 12 as part of the 2015 Roadburn Festival. GTT have played only a handful of shows in the 9 year history of the band, so this is an exceedingly rare event!

Gnaw Their Tongues has been far ahead of the cutting edge of underground metal since their inception, combining musical and nonmusical elements into a hellish miasma of sound that is ultimately more of a psychological attack (inducing disassociation, paranoia and delusion) than simply a musical expression. Moments of symphonic and choral beauty are crushed into a squalling noise assault littered with the smoldering corpses of doom and black metal forefathers — this is the soundtrack for your eternal damnation.