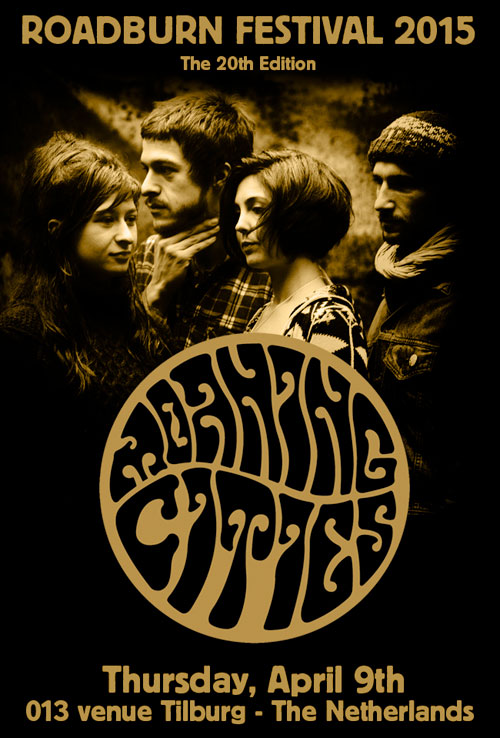 Now that Worm Ouroboros are no longer playing Roadburn 2015, the vacant slot on the line up will be taken by Brussels-based Moaning Cities, who will bring their fuzzed-out, and sitar-driven psychedelia to Stage01 on Thursday, April 9.

On their debut full-length, Pathways Through The Sail, Moaning Cities offers an amalgam of The Velvet Underground, 13th Floor Elevators and more recent bands such as The Black Angels or Dead Meadow, infused with North African and Middle-Eastern traditional music – the band’s moody, melodic, laid back, blissfully drugged out psychedelia is heavily present and potent.