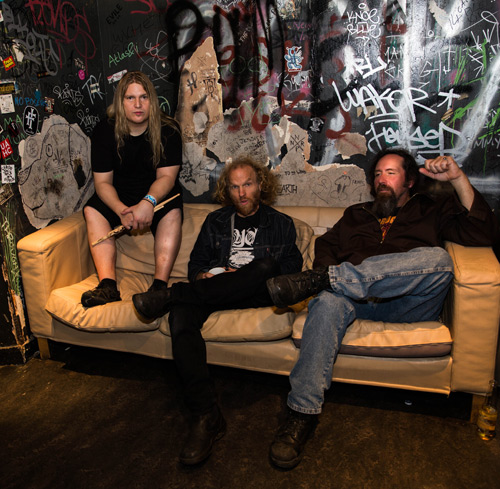 Following their recent stomp through New Zealand and Australia, North Carolina crossover legends, CORROSION OF CONFORMITY, are readying to kick off a short run of West Coast live assaults. The near two-week trek will commence tonight in Spokane, and come to a close in Vancouver on September 1st. The band will be joined by Bl’ast!, Brant Bjork & The Low Desert Punk Band and Lord Dying!

CORROSION OF CONFORMITY will be touring in support of their fittingly titled IX full-length released last month via Candlelight Records and was captured by the band alongside longtime friend and colleague John Custer. Clocking in at nearly forty-five minutes, the record offers up the groove-laden sludge/doom/punk concoction fans have come to expect from CORROSION OF CONFORMITY as Ollie champions in his recent review “COC have gone from being Sabbath worshipping hardcore kids chasing the crown, to Sabbath worshipping hardcore middle-agers holding the crown high out of everyone’s reach…and that’s pretty cool!!!”

In related news, CORROSION OF CONFORMITY’s seminal Blind full-length was recently inducted in the Decibel Magazine Hall Of Fame! Check out the piece in the September 2014 issue available for purchase at THIS LOCATION. 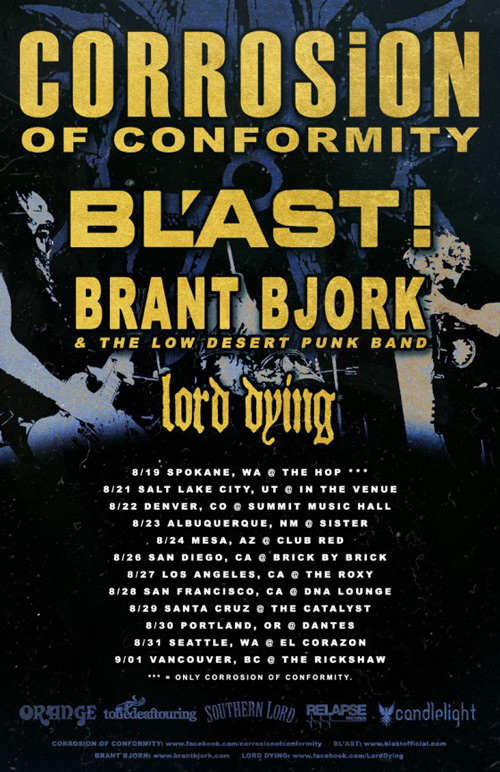