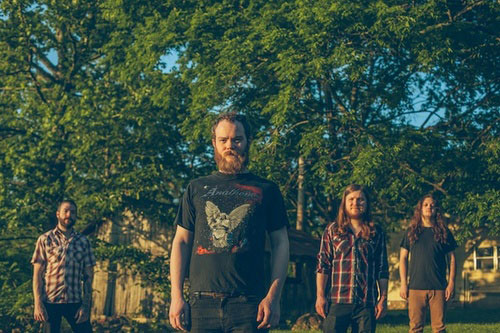 PALLBEARER are in full swing of their vast world tour, taking in dates in Australia, Japan, the US, and Europe. As of next week, they shall play four dates in four days across the UK, beginning at Temples Festival. They are headlining all club shows with London’s long-form sludgers BAST as main support. Do make sure to check them out at one of the shows – those who witnessed the band with YOB last year will surely attest to the sheer might of the PALLBEARER live experience.

PALLBEARER have also released their first official music video for the track Watcher In The Dark. The epic piece of cinema was directed, shot and edited by Adam Heathcott (Hometapes) and produced by Adam Heathcott and Sara Padgett Heathcott. It comes hot on the heels of the previously unreleased track Fear And Fury, which Decibel Magazine made available through their flexi series. Another breathtaking construction, it’s the final track from this chapter of their ethereal crusade. We await their next move eagerly and patiently…