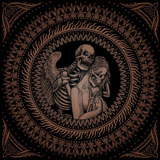 Tough and gruff Oxford rockers Desert Storm have been kicking up a, er storm in recent times having supported hard hitting instrumental stoner band Karma To Burn, Nashville Pussy and ripped up London’s annual DesertFest, (rubbing shoulders with the likes of Sleep along the way) as well as releasing their fourth long player Omniscient on Blindsight Records earlier this year. If a band could be judged on critical mass alone then they deserve their elevated status and it’s great to see a British band going out and making that kind of impact.

The album itself was released back in January and comprises of 10 slabs of carefully hewn, blues laden, Stoner rock than flirts with Metal and Folk along the way that was recorded by producer Jamie Dodd (Orange Goblin) at Flesh & Bone Studios in Hackney and threaten to top their last two critically acclaimed albums, Forked Tongues and Horizontal Life.

Opening with the muscular Outlander, Desert Storm set off at a break neck pace that is reminiscent of their recent touring partners Karma To Burn when they put their heads down and drive a riff along. This is a hard hitting, combative sound that gives them a more metal edge than some of their contemporaries. Over the top Matt Ryan bellows in a growl that at first takes a bit of getting used to if you come to the band cold. On first hearing Desert Storm I wasn’t initially a massive fan of the vocal style, but sticking with it works well with the music and the lead singer actually carries the whole thing with aplomb.

The required weed song Queen Reefer is actually one of the best tunes on the album with a guitar driven grove and huge banging drums and of course any stoner band worth their salt would not be complete without a smattering of Sabbath influence along the way. In addition to the blues heavy sound, the song features a passage of instrumental experimentation that sounds like it was born from a jam and worked out to a captivating little aside from the song that could impress even Messer’s Iommi, Ward, Osbourne and Butler. The drumming in particular is top notch and goes way beyond merely creating a platform for the ‘musicians’ in the band to express themselves over.

Just when the band seem a little one paced they switch it up on Horizon and get down and dirty with a bluesy roar that has more of a swinging march and this downward mobility continues on Sway Of The Tides which features a solid, bruising rhythm that slows to a showcase of Matt’s deep, clean baritone which changes up the delivery nicely.

The culmination of this trend though is the folk influenced number Home. Here acoustic guitar picks wistfully, cutting through the mix as the band channel the type of music that fans of William Elliot Whitmore, Nate Hall or even the late, great Man in Black singing Ain’t No Grave could be proud to own.

Following this comes a triple header of song that you can immediately hear the influence of Modern Stoner masters Clutch. House Of Salvation, Night Bus Blues and Bandwagon all feature the lyrical dexterity and almost jazz influence that Neil Fallon’s men have made their own. The music is tight and upbeat, not too mention a little off kilter and Desert Storm manage to do this without ever straying into plagiarism, which takes a skill in itself.

Blues Snake Moan sees them revert back to more of their own style as they return to hard hitting ways and the whole album is rounded off with the brilliantly titled Collapse Of The Bison Lung which is every bit as good as it sounds.

In truth I wasn’t blown away by Omniscient the first time I heard it; Stoner Rock can often get bogged down with the influences rather than concentrate on an identity. Every review will probably cast the same lazy ‘for fans of Kyuss, Clutch and Down‘ type segment on them, but let’s face it that applies to about 90% of the genre. However on repeated listens Desert Storm‘s latest album emerges as a more than decent album that justifies their previous critical acclaim, because this band ultimately above all knows how to rock.

On Omniscient they’ve opened up their influences a little more and have produced a wider range of material without ever needing to compromise or stray from what drew people to them in the first place. Chuck on top of this the fact they are a band definitely worth seeing live – the package of material contained on Omniscient gives the guys from Oxford license to go out and blow everyone away…. 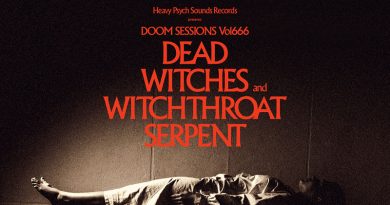 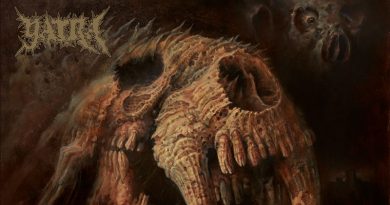