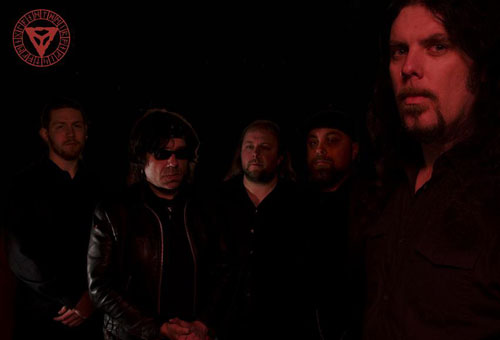 Into The Void Records (a division of Invictus Productions) sets February 10th as the international release date for Death’s Crown Is Victory, the long-awaited comeback record from legendary epic/doom metallers SOLSTICE.

The legacy of England’s SOLSTICE has remained untouched, and their crown unobtainable even by the few bold enough to try. However, a stirring from the sinistral depths awoke the epic metal behemoth SOLSTICE from their slumber, and in the last three years, the band have been rehearsing, writing, and gigging around Europe and solidifying a full working lineup.

Founder member Rich Walker originally put the band on ice in 2002, but began putting the pieces back together in 2007, although it took him until 2011 to begin to find musicians who were of the same mindset and not faint-hearted. Joined by Andy Whittaker (ex-The Lamp of Thoth), Paul Kearns (ex-Arcane Sun), Ian “Izak” Buxton (ex-Chorus of Ruin) and James Ashbey, SOLSTICE in 2014 live by their motto: NEVER SURRENDER – NO REMORSE.

Unleashing their first new recording in 13 years, the band have created a mini-LP of unparalleled and peerless heavy metal cutting and slashing its way through a scene of hopeless and hapless pretenders, turncoats, and the feeble. Death’s Crown Is Victory is not a return to form; it is a statement of further intent, an undeniable clarion call to arms.

Recorded at GN Studios in Huddersfield by Kerry Hughes, and mixed and mastered by Rich Whittaker (responsible for some of today’s biggest remastering/remix work, such as Black Sabbath, The Who, The Clash, etc) at FX Mastering, Death’s Crown Is Victory is a step towards a more natural and live production for the band as they try to capture their onstage sound.

Further recordings will see them take this direction again and to whatever logical conclusion it reaches, as the band are now in the writing process of their next record, To Sol A Thane, once again to be recorded with Rich Whittaker and Kerry Hughes. Cover and tracklisting for SOLSTICE‘s Death’s Crown Is Victory are as follows: 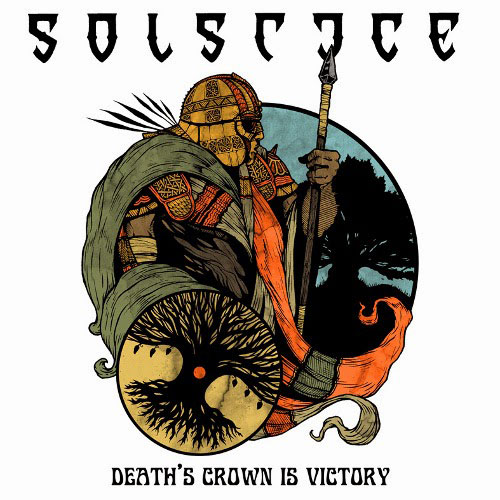