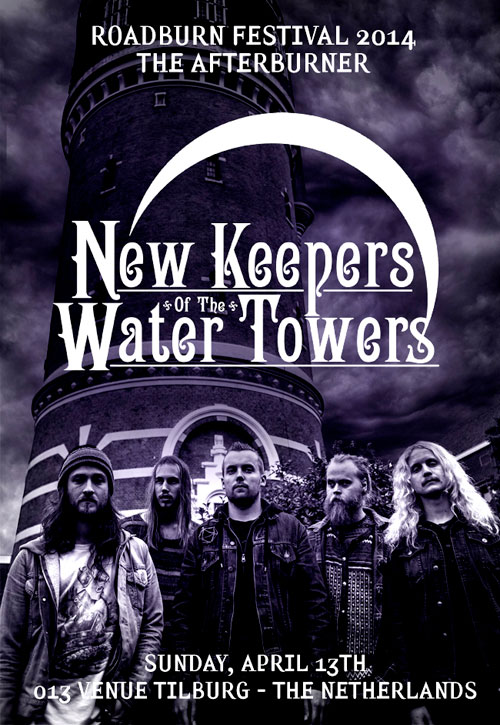 At last year’s Roadburn ticket release show Walter & Co enjoyed Switchblade so much they decided to ask them to play the 2013 Roadburn Afterburner too and at this year’s ticket release show, wouldn’t you know it, they enjoyed fellow Swedes New Keepers of the Water Towers so much they also decided to ask them to play next year’s Roadburn Afterburner!

Since forming in 2006 and across the span of three epic albums, this Stockholm-based Stoner Metal ensemble have been increasingly upping the progressive and cosmic ante of their sound, culminating in 2013′s epic album The Cosmic Child, a wild ride across territory occupied by kindred spirits such as Mastodon, Shrinebuilder and even the Moog-driven sounds of Rush.

Join frontman Rasmus Booberg and his cosmic cohorts as they trip the light fantastic and melt faces at The Roadburn 2014 Afterburner on Sunday, April 13th at the 013 venue in Tilburg, The Netherlands.