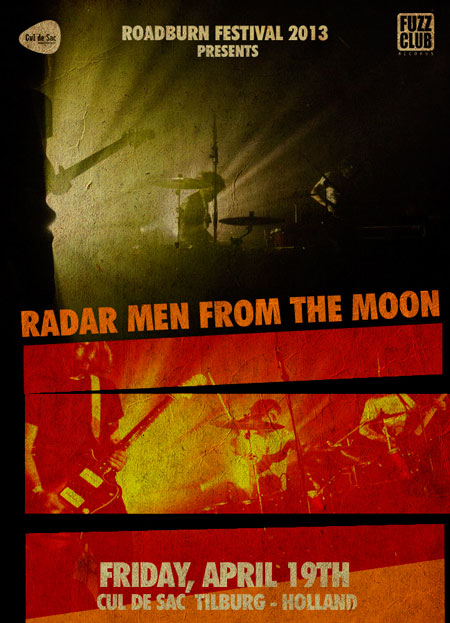 Named after a 1950s sci-fi series, Radar Men From The Moon will bring their intergalactic jams to Roadburn 2013 on Friday, April 19th at Cul de Sac in Tilburg, Holland. The band’s Roadburn performance will also coincide with the release of Echo Forever, their first full-length, on vinyl via Fuzz Club Records.

Favoring sci-fi movie samples over vocals, Radar Men From The Moon began mapping out their instrumental sounds on Intergalactic Dada & Space Trombones, their debut EP.  The band’s spaced-out approach comes to full fruition on Echo Forever. The songs rise to hover back and forth over your head like a gargantuan spaceship before pulling you up in a melodic tractor beam and taking you on a trip across a scintillating sonic galaxy.

Being huge supporters of home-grown psychedelica and vinyl, we strongly believe that Eindhoven’s Radar Men From the Moon have something unique and interesting to offer Roadburners. Ready to leave this little rock called Earth for a while? Report to the Cul de Sac for liftoff!