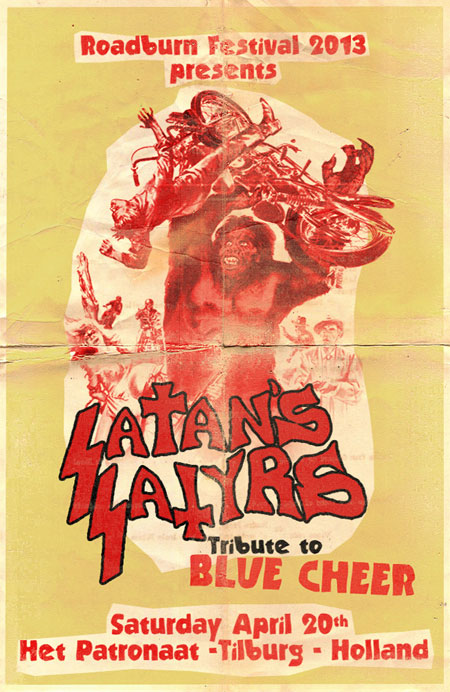 Satan’s Satyrs are proud to announce a second performance at Roadburn 2013, this time in tribute to the eternal overlords of Heavy Metal, Blue Cheer on Saturday, April 20th at Het Patronaat in Tilburg, Holland!

Satan’s Satyrs will play their favorite Blue Cheer numbers in honor of the late Dickie Peterson and the sacred tradition of the Power-Trio. Prepare to go deaf!

Satan’s Satyrs hail from Herndon, Virginia as the USA’s premier purveyors of Scuzz Rock. The band has been steadily developing a cult following throughout its young career and its recently released debut LP, Wild Beyond Belief! , has freaks from all around the globe taking notice.

The album is a flurry of fuzz guitar, frenzied percussion, and raspy howls, all at break-neck speeds.  Couple the cacophony with a vintage aesthetic inspired by an obsession with classic B-grade films of yore and you have what many are dubbing “doom punk.”