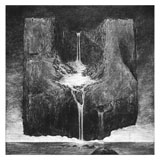 On the face of it, the name Unortheta doesn’t give much away. Neither does Zhrine, the name of the Icelandic band behind it. The cover art is the only thing that hints at the madness within. Cliffs suspended on a cuboid island that hovers over a dark sea, a raging torrent of water rushing straight from its heights to the vast ocean below. It’s a dark and forbidding picture, suggestive of sublime nature and of terrifying sorcery.

That pretty much captures the spirit of Unortheta‘s brand of blackened death metal. It’s a cliché to say that Scandinavian bands are inspired by the scenery, that the vinyl of their LPs is forged of volcanic ash and the grooves upon them etched with a shard of purest ice. But I do think it’s undeniable that certain environments tend to breed certain bands. Iceland is a raw, desolate and hauntingly beautiful country. Zhrine‘s first full-length release is equally haunting and equally desolate. And it is beautiful.

One thing to stress about Unortheta is the quality of the song writing. Until recently Zhrine existed in another form, as the death metal band Gone Postal. Their full-length album, In The Depths of Despair, was a decent offering of standard death metal with some flair. But the band have really showcased their talents in this new form. Opener Utopian Warfare beautifully sets the scene as delicate, melancholy guitar work patiently builds, accompanied with some sinuous, serpentine bass lines, into a mighty crescendo. The instant movement into harsh, frost-bitten black metal tremolo picking is breath-taking, like being plunged into an icy pool. This doesn’t happen until halfway through the track though, so Zhrine know the merits of patience.

Zhrine embrace the chaos of black metal through a death metal lens. Lead vocalist Þorbjörn‘s, guttural roars are thrown into the fray with a definite emphasis on feeling over lyrical content. Unusual techniques become an essential part of the melody on several songs. Spewing Gloom‘s melody is composed of discordant, jarring notes climbing the fretboard. The Syringe Dance closes its four minute cacophony of plucked, distorted strings with more guitars that bend and wail. The rhythm guitars flit between black metal machine guns and low, pummelling riffs that wouldn’t sound out of place on a Behemoth album. Combined with dense production that emphasises the low end while giving each note space and definition, the effect is a thick wall of noise. It’s really fucking heavy.

But Zhrine go beyond simple blackened death, or death metal with blastbeats. The band ventures into the experimental with World, a song that begins with folk instruments and eerie noises. This thankfully doesn’t overstay its welcome, and launches into a slow discordant dirge. On tracks like Unortheta, Zhrine also present a more traditional black metal sound. Simple, repeating melodies ratchet up tension over sparse guitar work. Blast beats and relentless rhythmic strumming double down on the melancholic melodies, all the while shadowed by the bellowing vocals. It’s a strong closing track, bringing together the slow-and-steady and in-your-face approaches to song writing that the band utilises throughout. While we’re on the subject of black metal and vocals, a real command of higher, traditional BM screams is shown several times on The Earth Inhaled. They complement the lower growls well and add to the whole hopeless and menacing mood of the album. I hope that we hear more of it in future.

Guitarist Nökkvi recently stated that the title Unortheta was derived from the phrase ‘unorthodox theta waves,’ something that captures the band’s (and Nökkvi’s) creative process. The album is definitely unorthodox in many places. It’s meditative at times as well, with the good old ‘second wave of black metal’ entrancing repetition. For a first record (under the ‘Zhrine‘ moniker), Unortheta is immensely strong. This may be a definite blackened death album, but I have a feeling that Zhrine are just getting started with their experimenting. I’ll be playing this one for a while, waiting for the day that they release their next work. Maybe it will push the ‘unorthodox’ of Unortheta even further. 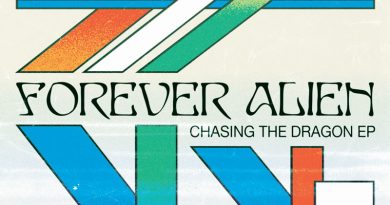